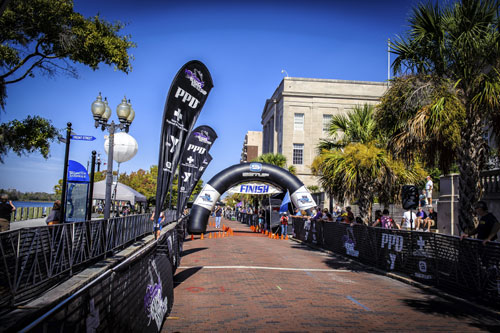 On the heels of an increase in tourism over the past two years, the Wilmington and Beaches Convention and Visitors Bureau (CVB) recently released its marketing plan for the 2013-14 fiscal year.

Based on research from a visitor profile survey and results of focus groups conducted by the N.C. Division of Tourism, Film and Sports Development, the CVB created plans to remain competitive and relevant in the marketplace, according to a summary written by Kim Hufham, president and CEO of the New Hanover County Tourism Development Authority.

In recent years, the group has launched a new portal destination website with an additional Hollywood East page and tapped into social media outlets such as Pinterest.

The improved online presence may have contributed to the increase in tourism, according to the report.

The bureau also increased sports marketing efforts and utilized Passkey as a booking engine for key events. Local film production was up during those years as well, and a number of local hospitality businesses stuck to affordable rates and packages.

CVB officials remain optimistic even though the first two quarters of 2013 were less profitable than usual, according to the report. Spring and summer of this year were some of the coolest and wettest in recent seasons. Top markets are within easy driving distance, so visitors can make last-minute plans based on the weather.

Travel partners indicated that July and August numbers were likely to be better, according to the report.

Hufham stated that in the coming year, the group’s initiatives include expanding social media channels and email marketing, using global mapping and other location-based systems.

The CVB will offer industry themed workshops this year to familiarize partners with resources and programs that are available, according to the report. And the CVB will monitor factors that could have a negative impact on tourism, such as school-related calendar laws, tourism expenditures, rent by owner numbers, beach nourishment funding and film incentives.

As the N.C. Department of Commerce undergoes restructuring in the near future, any impact on the N.C. Division of Tourism, Film and Sports Development will become evident and adjustments made locally, officials said.

Beasley started the rescue center nearly 20 years ago in memory of her daughter, who wanted the work to continue.

The center, which until recently was housed on Topsail Island, attracts hundreds of visitors each year to see the work firsthand. Turtles recover there from such injuries as boat propeller strikes and ingested plastics.

The nonprofit worked this year on building a new, larger turtle hospital facility in Surf City.

Beasley said the former facility averaged 35,000 visitors per year at a rate of 500-750 per day, not including the off-season and special group tours. It received visitors from every state and from more than 80 countries.

“With our new building and new set up, we will be a tourist destination,” Beasley said. “Part of our mission is outreach education. Our visitors are like students in a classroom. Turtles are the messengers about conservation.”

The new facility will be open to visitors on a limited basis during the holidays, as visitors come into the area. Run by volunteers, the building has 13,650 square feet of space and contains surgery, laboratory and radiology units. Sea Turtle Bay is a 3,600-square-foot area where recuperating turtles are housed.

The gift shop is currently open, and visitors have limited access to viewing turtles until the new building is set up, Beasley said.

Oceana, an international group focused on ocean conservation, received hundreds of nominations for its Ocean Hero Award this year, according to its website.

As Halloween creeps up, Connie Nelson from the CVB points out the many haunts available in Wilmington.

Visitors can go year-round on the Ghost Walk of Wilmington, the Haunted Pub Crawl or the Haunted Cotton Exchange Tours to listen to spooky stories of the mysterious residents of the past.

For event information, go to www.wilmingtonandbeaches.com.

Temperatures are dropping, but there are still many opportunities to keep residents and tourists outside and involved in physical activity this fall, according to a press release from Nelson.

The PPD Beach2Battleship Triathlon returns to Wrightsville Beach and Wilmington on Oct. 26.  The event is expected to draw 2,000 competitors and 8,000 spectators, CVB officials estimate, with many coming from out of town.

The swimming portion takes place in the Intracoastal Waterway off Wrightsville Beach. The biking section begins at Wrightsville Beach and ends at the Wilmington Convention Center. And the running finale begins at the convention center and finishes downtown on the Riverwalk across from the Battleship North Carolina, according to the race’s website.

More sporting events are coming in November including the “Flat Bottom Girls” Flounder Tournament on Nov. 2; the 15th annual Battleship North Carolina Half Marathon on Nov. 3; the Willie Stargell Celebrity Golf Tournament during the weekend of Nov. 8-10; and the annual Beach Soccer Classic, a N.C. Youth Soccer Tournament, on Nov. 16 and 17.

Residents of Old Wilmington (ROW), Historic Wilmington Foundation (HWF) and the Historical Society of the Lower Cape Fear have agreed to market each other’s events.

ROW has the Back Door Kitchen Tour every October; the Historical Society sponsors the Old Wilmington by Candlelight tour every December; and HWF has the Historic Homes Tour during the N.C. Azalea Festival each April.

The three organizations are focused on promoting awareness of Wilmington’s historic area.