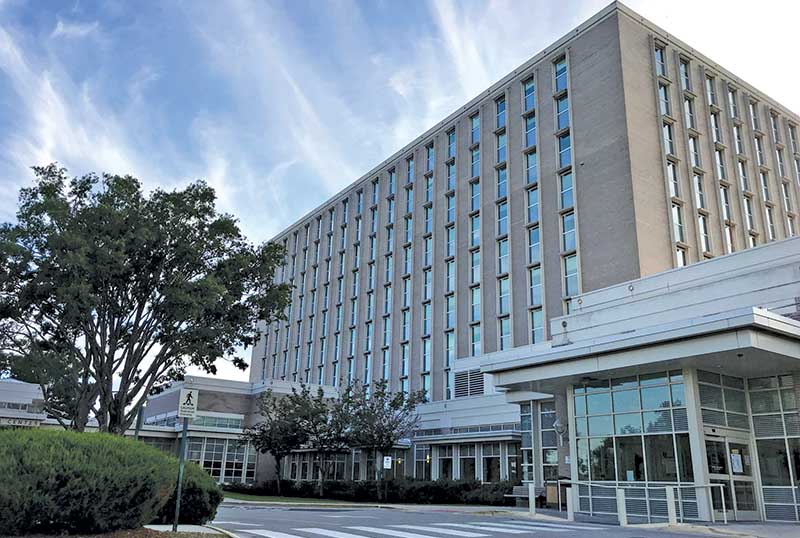 When county commissioners on Sept. 16 voted 3-2 to explore the market for those types of changes to the county-owned hospital, they also approved the creation of a Partnership Advisory Group.

That group is intended to help develop priorities for a request for proposals that will go out, evaluate the proposals received from interested health systems and provide a recommendation on next steps to the county commissioners and hospital trustees.

But who will serve on that advisory group and when it will start meeting has not yet been decided, county officials said earlier this week.

“This process is underway, but no one has been officially selected at this time,” county chief communications officer Jessica Loeper said Sept. 30.

She said the group would likely include about 20 members, but that was still being determined.

“We’ve got to identify the skill sets that we need,” New Hanover County Manager Chris Coudriet said after the Sept. 16 commissioners meeting. “It needs to be an advisory group that is reflective of our community. And so we’re going to work to build that and gauge interest.”

He said earlier that the group is expected to meet at least twice before an RFP goes out.

A public hearing is scheduled for Oct. 15 to gather input about the RFP and what it should include.

Coudriet has said that he and NHRMC President and CEO John Gizdic want to assemble an advisory group that includes those from the county, health care, business, nonprofit fields as well as community members among others.

Gizdic and Coudriet in late July announced the plan to explore new ownership structures. The not-forprofit hospital has been owned by the county since it opened in 1967 and remains the third-largest county- owned hospital left in the country.

The proposal, however, has met with criticism from some about the process, whether it has been transparent enough and if it should be slowed down for more review.

Commissioner Rob Zapple, in particular, has been vocal about the process so far.

“The hospital administration is not information gathering, if they wanted to gather information, ‘explore the options,’ then they would release an RFI, Request for Information – not seek authority to release an RFP, Request for Proposal. The fact that the process is beyond an RFI indicates that it’s further down the sales cycle,” said Zapple, who along with commissioners chairman Jonathan Barfield voted against moving forward Sept. 16.

According to a website the county and NHRMC created about the process (nhrmcfuture.org), the Partnership Advisory Group will develop the RFP based on identified priorities and present the framework at a county commissioners meeting.

The RFP would be posted on that website, and under a state law that governs how the hospital sale should be handled, the request has to be sent to at least five prospective buyers – though more could submit proposals.

The advisory group would review the proposals that come in and recommend whether to pursue one or more of them or whether to recommend ways for NHRMC to remain a county-owned system.

If the proposal gets as far as a negotiated deal with another system, that proposed agreement also would be made public and a public hearing would be held about it.

The county commissioners, however, would have the final say on any agreement.