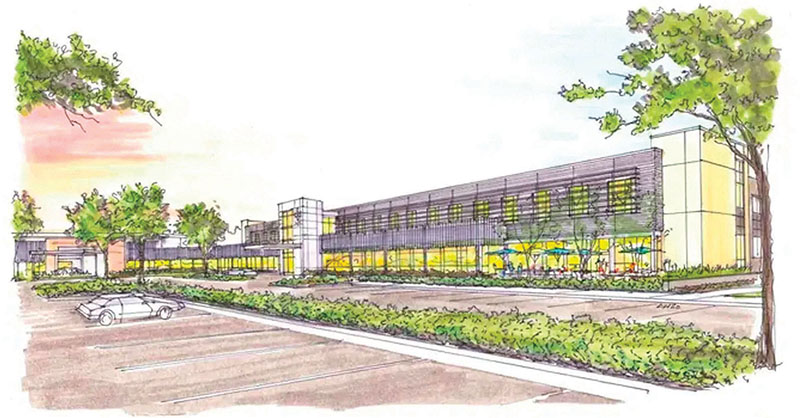 Last month, the N.C. Department of Health and Human Services denied NHRMC’s request to build a 66-bed hospital near the New Hanover and Pender county line. NHRMC filed its application for the facility last fall under the state’s Certificate of Need law.

In response to the denial, NHRMC has filed a petition for a contested case hearing in the N.C. Office of Administrative Hearings, according to state officials.

The $210 million hospital was proposed to include 36 new beds, as well as 30 relocated beds, eight operating rooms and some major equipment like CT scanners moved from NHRMC’s Orthopedic Hospital campus, with an estimated opening of October 2024.

Health system officials said the new facility would ease capacity constraints at NHRMC’s main campus on 17th Street and address growing care needs for those living near the U.S. 17 corridor. NHRMC also has said it plans to close its Orthopedic Hospital, which means moving the licensed beds and equipment to other locations.

“The growth in this market, coupled with the overcrowding and congestion in the downtown Wilmington area, have facilitated the need for a facility that better serves patients in northern New Hanover County. Orthopedic Hospital currently has 75 beds that will be fully relocated, and the campus closed,” NHRMC’s application stated.

More than half of the Orthopedic Hospital’s acute care beds already have been approved to move to NHRMC’s main campus this year, and hospital officials still hope to move the rest – 30 beds – to a new building in Scotts Hill.

Officials detailed that New Hanover Regional Medical Center- Scotts Hill would be built as a satellite campus at a site where NHRMC already has an emergency department and outpatient surgery center.

When the Certificate of Need, or CON, application was filed, NHRMC was not yet under a finalized deal agreement to be sold to Winston-Salem-based Novant Health, but that sale has since closed.

In its application, NHRMC projected that when looking at all of its campuses together, patient occupancy for acute care beds would be higher than target levels in the years after a facility in Scotts Hill would open – from 86.5% to 90.7%, compared to a target of 75.2%.

For the proposed Scotts Hill hospital, NHRMC projects the occupancy rate would be 67.4%-71.8% in the three years after it opens, with annual patient discharges ranging from 4,413 to 4,872.

State regulators in their denial said that NHRMC’s CON application didn’t have the methodology to support its projections.

NHRMC is not yet giving up on the plan.

“We are appealing as we continue to see the overwhelming need for additional services and beds in this region and feel this is in the best interest of our growing community,” hospital spokesman Julian March said earlier this week.