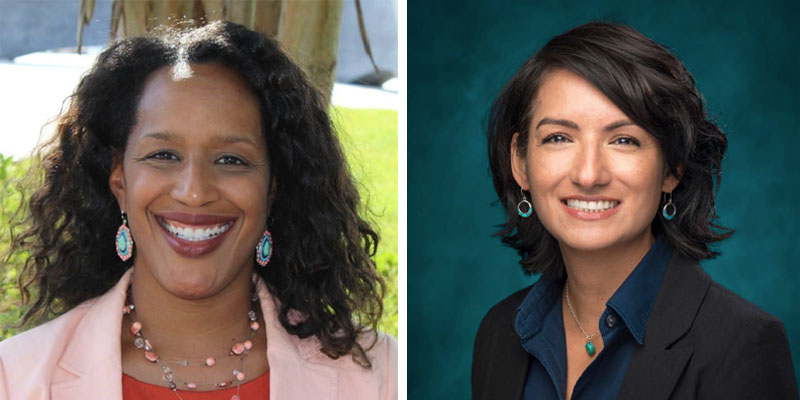 Board chair Spence Broadhurst announced Thursday that Tribié Reid and Segovia were chosen from the pool of 34 applicants who applied for the two seats when the process opened in February.

“Reid and Segovia will join 11 other dedicated community members on the Endowment Board beginning March 11, and will enhance the board’s efforts in racial justice and equity, public health and service to underserved communities,” Thursday’s news release stated.

Physician Tribié Reid is the pediatric medical director for MedNorth Community Health Center and vice chair of New Hanover Regional Medical Center’s pediatrics department. An early-education advocate, she also serves as the governor’s appointee on the N.C. Partnership for Children’s board. She often speaks on issues relating to health equity, integrated care and adverse childhood experiences, according to her bio.

“As a community member, parent and pediatrician for hundreds of this community's children, I am personally invested in New Hanover County,” Tribié Reid said in the release. “My genuine commitment to making this community a great place for all of its residents is driven by this personal sense of obligation and investment, and I look forward to serving on the endowment board to help create a community where everyone has the ability to be healthy.”

Segovia is director of Centro Hispano at the University of North Carolina Wilmington’s Office of Institutional Diversity and Inclusion. Segovia, who has 22 years of experience with public education, is co-chair of the UNCW Latino Alliance of Southeastern North Carolina. According to her bio, Segovia recently joined the founding team for the Latin American Business Council, a program out of the Wilmington Chamber of Commerce.

“My personal and professional mission is to help individuals overcome challenges and to open doors to progress, particularly for under-served communities,” Segovia said. “And I believe the endowment is poised to help New Hanover County become a model community, in terms of sustainable improvements for all its populations.”

The new endowment board is responsible for managing about $1.25 billion from proceeds of the sale of New Hanover Regional Medical Center to Novant Health. The sale of the county-owned hospital closed Feb. 1.

After county commissioners signed off on the deal last fall, they appointed their five members to the foundation board. In December, the new regional local board created to oversee NHRMC under Novant ownership appointed its six endowment members.

The community endowment is expected to fund education, health and social equity, community development and community safety projects in New Hanover County using interest income from proceeds of the sale.

As part of his overall review of the sale, N.C. Attorney General Josh Stein called for certain changes to the deal between NHRMC and Novant Health, a not-for-profit system based in Winston-Salem. One of those negotiated conditions was to add at least two additional endowment board members “with experience working on the issues that the endowment will support – like public health, support to underserved populations, and promotion of racial equity and justice,” according to Stein’s office.

Michele Holbrook, chair of the endowment board’s appointment committee, said that Segovia and Tribié Reid were selected from a talented pool of applicants.

“They will bring an important perspective and commitment to diversity to our board, and we look forward to working alongside them,” Holbrook said in the release. “By focusing on the applicant’s experiences and their impact, supporting underserved populations, promoting racial equity and improving public health, we were able to target our selection discussions on the applicants that best fit our needs.”