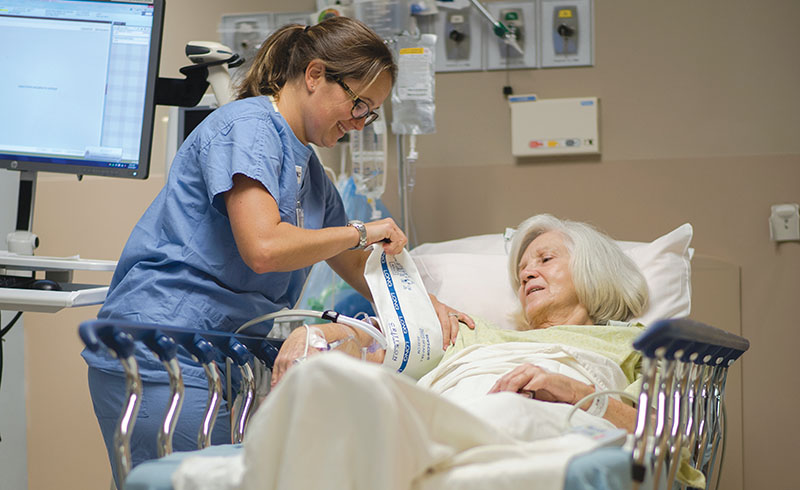 The Leapfrog Top Hospitals list, released last month for 2019, included the 74- bed Brunswick facility among its picks of 120 hospitals nationwide.

The two other general hospitals picked from North Carolina also belong to Novant Health – ones in Matthews and Winston-Salem.

Another facility in Thomasville from Novant, which is based in Winston-Salem, was included as a Top Teaching Hospital. UNC Rex Hospital in Raleigh also was named in the teaching hospitals category.

“We are proud to be recognized for our dedication to providing safe and high quality care to our patients,” said Shelbourn Stevens, president and chief operating officer at Novant Health Brunswick Medical Center. “At Novant Health, safety and quality are our top priorities and this recognition as a Top General Hospital by The Leapfrog Group is a reflection of our team members’ unwavering commitment to improving patient safety, quality and satisfaction.”

“Hospitals considered for the Top General Hospital award must rank in the top 10% of all hospitals for their overall Value Score,” a news release stated. “The Value Score is a weighted, composite score of the most important national patient safety, quality and resource-use standards, as assessed through the Leapfrog Hospital Survey.”

The Leapfrog Group, which was founded by a group of large employers and other health care purchasers 20 years ago, issues the annual top hospitals list as well as a biannual Leapfrog Hospital Safety Grades. Through surveys and hospital reporting data, Leapfrog assigns letter grades from A to F based on the hospitals’ abilities to prevent errors, injuries, accidents and infections, and improve patient satisfaction.

To be considered for the Top Hospitals list, facilities also had to receive an A grade in Leapfrog’s recent safety report, which for this time came in fall of last year.

Novant Health Brunswick Medical Center has received an A in Leapfrog’s Hospital Safety Grades for the past eight grading periods since spring of 2016, said Kristen Barnhardt, a spokeswoman for Novant Health.

Though New Hanover Regional Medical Center has never been included on Leapfrog’s Top Hospitals list, it has received several A grades in the nonprofit’s safety reports. The most recent one was in fall 2018 when it was one of 855 hospitals in the U.S. awarded the highest letter. NHRMC received B in the fall 2019 update.

Novant officials took the Top Hospitals results as a chance to laud the performance at the health system’s facilities.

“I’m proud the Leapfrog Group has recognized five of our facilities as a 2019 Top Hospital,” said Eric Eskioglu, executive vice president and chief medical officer at Novant Health, referring to the four North Carolina hospitals as well as Novant hospital in Virginia.