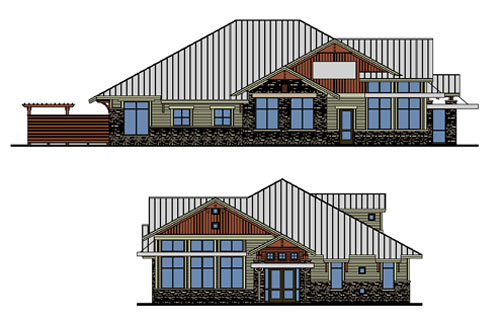 The Villages of Brunswick Forest will soon add a new oral surgery facility to its tenant line up.

Garner represented the tenant during the early January transaction for an undisclosed amount. Officials with Charlotte-based Lord Baltimore Properties, which owns the Brunswick Forest development, represented the landlord.

Plans call for the $2 million oral surgery facility to include eight examine/operatory rooms, a conference room and a reception area. The facility will also include 2,000 square feet of shelled-out space on the second floor for future expansion.

Austin Southeastern Oral & Maxillofacial Surgery will be owned and operated by Mark C. Austin, who currently works in the department of oral and maxillofacial surgery and facial trauma at New Hanover Regional Medical Center.

The Durham native is an alumnus of the University of North Carolina at Chapel Hill and the Medical University of South Carolina in Charleston, and will specialize in implants, extractions, wisdom teeth, trauma, pathology and reconstructive surgery at the new Leland practice.

Garner, who also serves as the practice’s development consultant and project manager, said the Wilmington division of Chambliss & Rabil would serve as the general contractor for the project.

Wilmington-based Goodrich Architecture completed the architectural plans for the new facility, while the practice’s equipment will be provided by Henry Schein Dental.

Garner said the new practice would serve a need in a housing community that is experiencing robust growth.

“We picked the site because we feel the need was there for an oral surgeon,” he said. “There is a large customer base in Brunswick and surrounding counties that has a need for the services of an oral surgeon.”

Save Our Hospital files suit on NHRMC deal