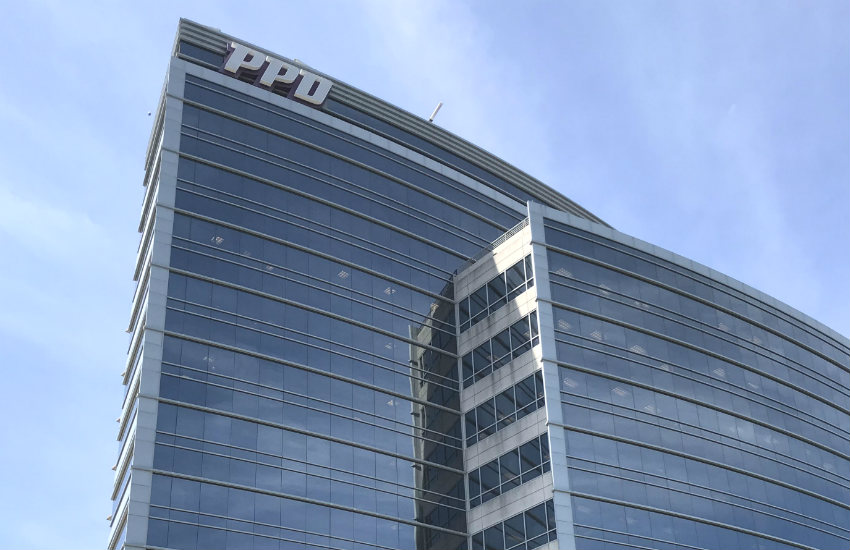 PPD, headquartered in downtown Wilmington, filed with the SEC in January for an initial public offering. (File photo)
PPD officials were upbeat on three major counts as they shared the company’s first-quarter financials with investors and analysts Thursday morning.

Causes for optimism included PPD’s financial performance over the quarter, its likely ability to preserve business continuity through the novel coronavirus pandemic and, officials say, the degree to which PPD (NASDAQ: PPD) activities are pursuing possible COVID-19 treatments or a vaccine.

Adjusted EBITDA (earnings before interest, tax, depreciation and amortization, a measure of a company's operating performance) for the quarter just ended was $196.9 million, representing 17.3% growth, compared to that of the first quarter of 2019, the report added.

The recent quarter ended with cash and cash equivalents of $738.4 million, more than twice the amount at the end of Q1 2019.

Officials spent the majority of their time on the earnings call talking about how PPD plans to navigate the remainder of 2020 as the pandemic both limits and benefits the company’s activities.

Chairman and CEO David Simmons reiterated the announcement in Wednesday’s earnings report that, because of uncertainty associated with COVID-19, PPD has withdrawn its full-year 2020 financial guidance.

“We are focused on moving through the pandemic. PPD’s purpose and mission have never been more clear,” Simmons said. He emphasized the company’s priorities are to employees’ and patients’ safety and to business continuity. “We entered the pandemic in a position of strength,” he added.

Simmons mentioned also that PPD is currently bidding on “several dozen” COVID-19-related clinical trials, and that the company is collaborating in these pursuits with pharmaceutical companies, regulators and the CRO community.

While more than half of its active investigator sites have been affected by pandemic-related limitations, the majority of these studies have continued, and no scheduled contracts have been canceled, said PPD Chief Operating Officer William Sharbaugh. However, some new studies have been delayed, and some existing studies have been paused, he said.

The fact that PPD has secured a "significant amount" of COVID-19 studies and is now working on other projects that were in the pipeline means that PPD is in solid financial shape and can main business continuity, according to Sharbaugh.

In cases where access to sites has been disrupted, the company has largely shifted to remote models or has transferred patients to open sites.