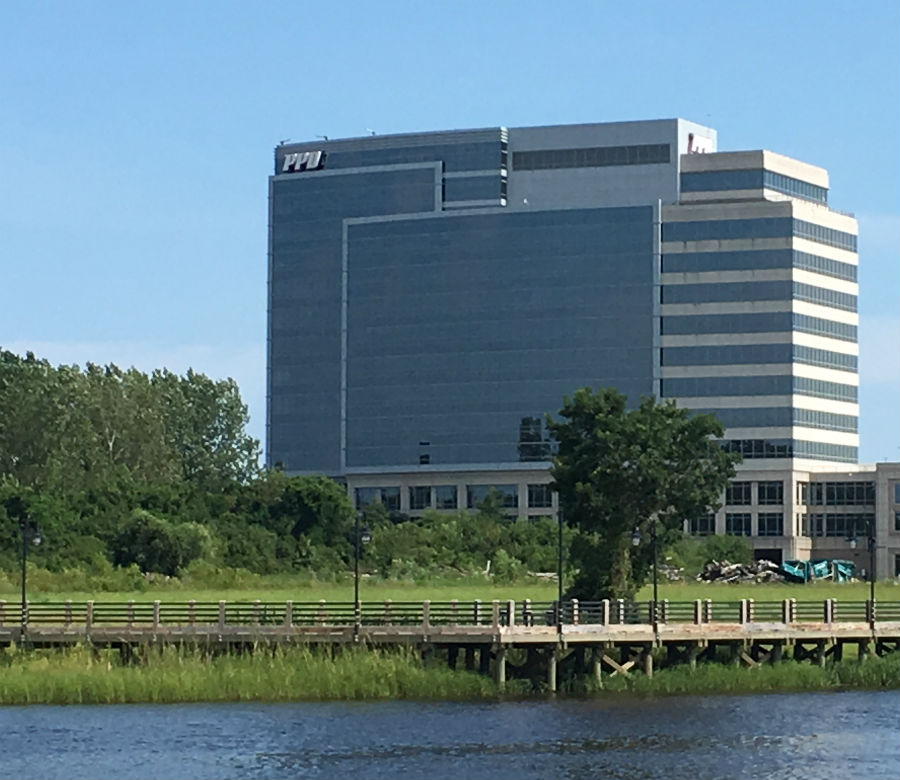 A view last year from the Cape Fear River of PPD's Wilmington headquarters. (Photo by Cece Nunn)
Reuters is reporting that PPD’s owners are negotiating to sell minority stakes in the Wilmington-based contract research organization.

Citing unnamed sources familiar with the situation, the news service posted Tuesday that Carlyle Group LP and Hellman & Friedman LLC, which own 60 percent and 40 percent of the company respectively, are in “advance talks” in a deal that would value PPD at more than $9 billion including debt.

GIC of Singapore and Abu Dhabi Investment Authority, both sovereign wealth funds, are among the investors in the talks, according to the report.

It said PPD also considered an offer to buy the entire company by private equity firm Pamplona Capital Management LP but that did not value the company as highly.

Laboratory Corporation of America Holdings (LabCorp) of Burlington also was pointed to  last month as looking into an acquisition deal.

In regards to the potential ownership changes, PPD officials have said they do not comment on speculation in the marketplace.