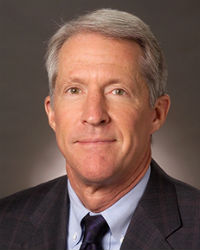 Wilmington-based Eshelman Ventures LLC announced last week that it is part of $3.15 million package of first-round equity financing for Dignify Therapeutics LLC, which is developing a drug to restore bladder and bowel control to people with spinal cord injuries and spina bifida.

The following day, Eshelman’s firm announced its participation in a Series B financing round for G1 Therapeutics Inc. The $33 million package, in which Eshelman Ventures and RA Capital Management are lead investors, will help support proof-of-concept research for a medication -- designed for cancer patients -- aimed at preventing the proliferation of some kinds of tumor cells and protecting bone marrow cells from chemotherapy toxins.

Eshelman, who has a doctor of pharmacy degree from University of North Carolina at Chapel Hill, founded Wilmington-based PPD as a one-person consulting firm in 1985 and expanded it into a worldwide contract research organization. In June 2010 he spun off the company's compounding unit into a separate entity, Furiex Pharmaceuticals. After the company was sold in late 2011 for $3.9 billion to the Carlyle Group and Hellman & Friedman, Eshelman concentrated his attention on Furiex.

In July, Furiex Pharmaceuticals, Inc. was acquired by Forest Laboratories in an all-cash transaction valued at about $1.1 billion. The next month, he officially formed Eshelman Ventures, according to the company.

Eshelman Ventures, according to its website, is interested primarily in making investments in private health care companies, although the firm “will consider other themes that are attractive and have large potential markets." The firm potentially will make angel investments, co-investments with other financial partners in fledgling companies and investments in more established companies. For example, the website states, it has invested in early-stage e-book company Entitle as well as in emergency medical airlift company Flight 4 Life and Meryx, a spinout from UNC that is developing novel cancer treatments.

The two recently announced investments appear to be aligned with Eshelman Ventures' primary interest, and one will place Eshelman in a leadership role. He and Peter Kolchinsky, managing general partner of Boston-based RA Capital, have joined G1 Therapeutics’ board of directors, according to a news release from the clinical-stage pharmaceutical company.

"I’m delighted to be involved with a growing company that originated from the University of North Carolina,” Eshelman said in the release. “G1’s strong leadership team, seasoned advisors, and pipeline of proprietary drug candidates position the company to be a key player in oncology.”

G1’s drug, G1T28, is currently being evaluated in Phase 1a clinical trials to assess safety, pharmacokinetics and pharmacodynamics in healthy volunteers.

Data from the current study will form the foundation for multiple clinical trials on lung cancer patients, beginning later this year, to explore the efficacy of the drug as a tumor inhibitor and a way of protecting the bone marrow cells during chemotherapy.

“This financing from new and existing investors is a testament to G1T28’s potential in multiple oncology indications,” Mark Velleca, G1’s CEO, said in the release. “We’re especially fortunate to have Fred and Peter on our board, as their business acumen and scientific expertise will be invaluable as we advance G1T28 through the clinic.”

Eshelman’s firm is among three entities providing first-round equity financing to Dignify Therapeutics, according to a news release from the RTP company. The release stated that RA Capital Management and angel investor Terry Engel are the other two investors.

“Dignify is developing novel pharmaceutical treatment for bladder and bowel dysfunction which will significantly improve the quality of life for individuals who rely on bladder catheters and bowel programs for voiding,” the release stated. “Dignify Therapeutics is believed to be the only company developing pharmaceuticals to provide rapid, on-demand, drug-induced voiding as a therapeutic strategy.”

If successful, the drug will cue the brain to the need for voiding, said Dignify CEO Benny Ward.

The drug, in the form of a strip placed under the tongue, is designed to transmit a quick message to the brain and then leave the body.

Ward said that there are probably about 250,000 people in the U.S. with spinal cord injury who could potentially benefit from the new drug, and double that number in the rest of the world.