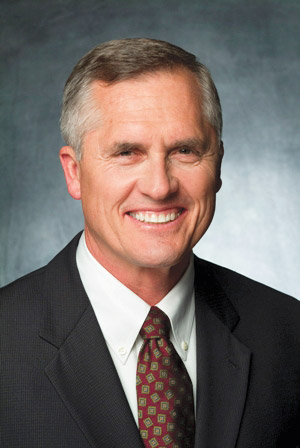 Fred Eshelman, PPD founder and chief executive officer for the past two decades, turned more than a few heads May 19, when he announced he would step down as CEO on July 1. He named retired Brig. Gen. David L. Grange as his replacement. Grange, a member of PPD’s board of directors since 2003, recently served as the CEO of the McCormick Foundation in suburban Chicago.

Grange, 61, comes to Wilmington following 30 years of military service and 10 years heading up one of the nation’s largest charitable trusts. “I now have the opportunity to serve again with a first-class team,” he said last week.

Eshelman said that he and Ernest Mario, PPD’s non-executive board chairman, looked no further in selecting a replacement as both were impressed with Grange’s grasp of the nature of PPD’s global business, his knowledge of the company’s managers as well as the market for the company’s products.

As he answered a somewhat pointed question during a video conference after the announcement, Eshelman joked that he didn’t think he had been fired. “This is not a deletion, but an addition to our talent pool,” Eshelman said. He was echoed by Mario, who responded that Eshelman has been “a fabulous CEO” and their “partnership and relationship has been terrific since 1993.”

It was time to step down from his CEO duties, Eshelman said. “There are only 24 hours available in a day – all that we have to do combined with business complications and everything changing, I felt like I needed some help.” He said it was just the sheer keeping up with strategic initiatives inside and outside the company plus with any number of things needing attention, he “just plain couldn’t get to it.”

With the landscape shifting, Eshelman indicated there is “plenty of work to go around.” The change will “strengthen the team, refocus me and continue with Dave’s guidance to mentor the rest of team. That’s our bench strength – that’s where our next CEO will come from.”

“We as board and with Fred for several years talked about when he would step down as CEO,” Mario said. “It’s been a thoughtful process, transparent and open.”

Mario, who will become the lead independent director of the board, said that since he and Eshelman are both changing positions, there was a need to “bring in the type of talent to expand the talent we have … preparing the way down the road for the next transition.”

While not mentioned specifically by name, two of the members of the “bench” are Daniel G. Darazsdi, 49, the chief financial officer and William J. Sharbaugh, 46, chief operating officer. Both were mentioned by title.

Grange’s addition to the company will help PPD become more aggressive on the global market, Eshelman said. Grange has served in many foreign countries including Asia and Eastern Europe, two areas that are of interest to PPD.

“If we can restore that, it will turn the ship around mightily,” he said.

Grange’s appointment, Eshelman said, did not signal a restructuring of the company. Asked if Grange expressed CEO ambitions and had volunteered for the position, Eshelman laughed. “After Dave spent 30 years in military, he never volunteered for anything.”

Eshelman said it became clear after working with Grange as a member of the board of directors that, “we didn’t have to look anywhere, we’ve got the whole thing here. This was not a slap shot,” but that he and the board “certainly pursued Dave.”

Grange said his comfort area is taking an aggressive look and doing risk analysis. “If you don’t look, if you don’t check it out, you don’t get the opportunity.”