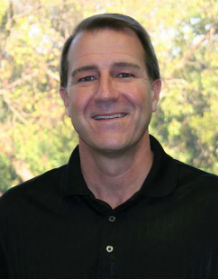 Wayne Clark
New Hanover County's planning and land use director is resigning after three years in the role.

Wayne Clark said he plans to move back to Florida, where he worked before coming back to the Wilmington area in 2017, to be with his family, which has strong ties there. He has two older children, and his wife is a fourth-grade teacher.

Clark will be replaced for the time being by his chief deputy Rebekah Roth, who will start Oct. 24 as interim planning director.

During his time as director, Clark worked on the completion of the county's updated Unified Development Ordinance and formed relationships with key stakeholders in the future of the county's development.

He said working on the UDO is something he considers one of his greatest achievements.

"We were able to take what I think was a very complex and sensitive project...and get that project completed," Clark said.

County officials said Clark has been an asset.

"Wayne Clark has that rare ability to be able to combine economic development, politics and planning," said Donna Girardot, chairwoman of the New Hanover County Planning Board, in an email Wednesday. "In the three short years he has been in this position, he will have left an indelible footprint on our county and the planning process. We have been fortunate to have had his knowledge and experience and wish him only the best."

In his new role in Florida, Clark will be the economic development director for the city of DeBary, he said.

Before taking the job with New Hanover County, Clark had served since 2007 as the community development director for the city of Port Orange, Florida, where he still has a home with his family.

Prior to that, Clark was the development services director and planning manager for the city of Wilmington for eight years.

He remembers when the site where Mayfaire is located was just a farm and when nothern downtown Wilmington was an industrial area.

"I think people like Wilmington and want to come to Wilmington and we had some role in doing that," Clark said of planners and local officials. "The whole concept of what Wilmington has become, I’m glad to have been a part of that."