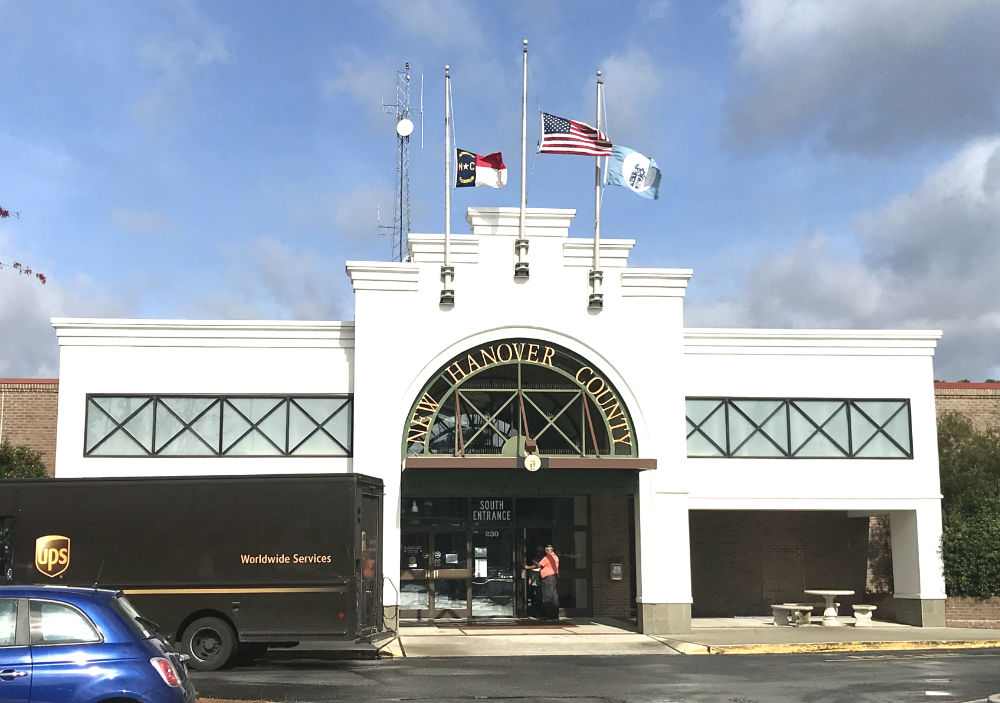 A development agreement being considered by county officials Monday would result in a new New Hanover County Government Complex. (File photo)
New Hanover County officials are expected to consider Monday whether to move forward with a development agreement that would result in a new county government center and a mixed-use project.

The project is expected to include a newly designed facility for county offices, including an expanded Emergency Operations and 911 Center, at an estimated cost of $49 million, as well as a $70 million commercial and residential development that includes $24 million worth of office space and an affordable housing component.

In January, the Board of Commissioners chose Cape Fear FD Stonewater to be the development partner for the public-private partnership.

“Cape Fear FD Stonewater is committed to working with our community and leaving places better than we found them,” said Brian Eckel, managing partner of Cape Fear FD Stonewater, in a previous county release. “Our partnership with New Hanover County exemplifies that commitment, by replacing an inefficient 1989 retail mall structure that currently serves as the Government Center, incorporating much-needed greenspace and community gathering areas, and expanding the capability of the county’s emergency operations.

"We will also bring the added benefit of significant private investment and increased tax revenue on the remaining property. This project has the potential to benefit our community for decades to come.”

The county would sell the other parcel (Parcel 2), also 7.5 acres, to the developer at a price of $5 million for the construction of the private portion of the project after a new government center facility is substantially completed, according to the development agreement.

The county would lease the new government center for about $4.5 million for 20 years, "at which time ownership would revert to the county at no additional cost." If the facility ends up costing less than $49 million, the savings would be passed on to the county through a reduction of the lease cost, the agreement summary stated.

Construction on the mixed-use portion of the project would need to start within two years of the acquisition of the title to Parcel 2, "which will occur upon substantial completion of the government center," according to the summary.

The developer would also need to start building the $24 million office complex within 84 months of the purchase of Parcel 2.

"Should either phase of the private development not begin within the designated timeframe noted above, the county will have the option to purchase the property back for 90% of the developer' s purchase price," the summary stated.

The meeting can be watched live at NHCTV.com, Spectrum Channel 13 and Charter Channel 5.

The previous news release stated, "After the public hearing is held, the board will vote on the proposed development agreement and determine next steps for the project."

Read more about the potential government center redevelopment and updates on other major development projects in the Wilmington area online and in the June 5 print edition of the Greater Wilmington Business Journal.