Castle St. Redevelopment Proposal Back On The Table 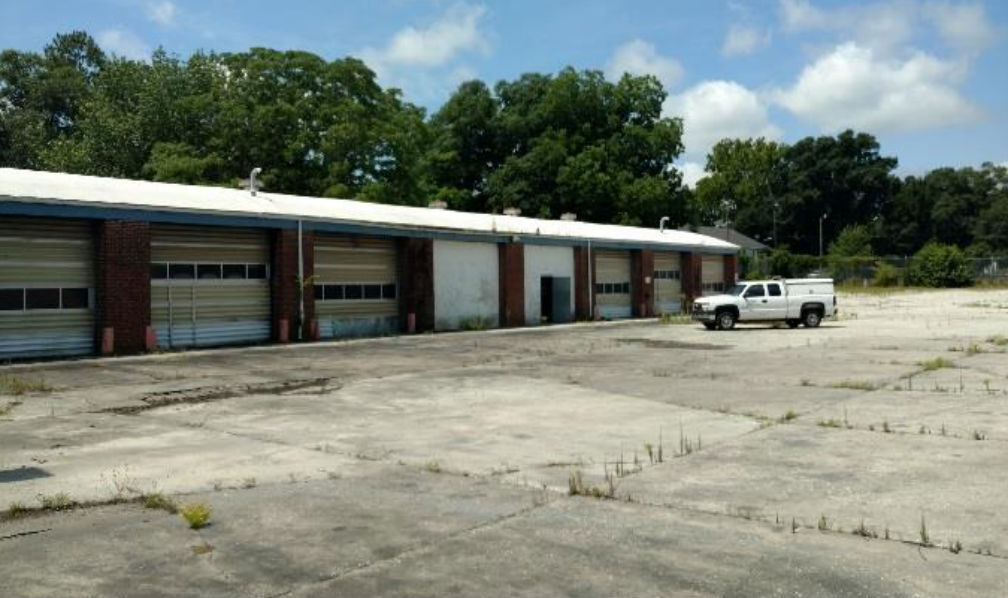 The property at 1110 Castle St. is owned by the city. Only one proposal was received for a redevelopment project at the former Wave Transit site. (File photo)
Wilmington City Council will again hear about a proposal for a mixed-use development on city-owned property, formerly used as a Wave Transit maintenance facility.

The revised proposal from Hipp Architecture & Development for the redevelopment of 1110 Castle St. is slated for council's agenda Tuesday.

City staff previously recommended rejecting the proposal, which was the only one received when the city issued an RFP for the property's development in May. City council, however, at its July meeting decided to give the proposal more time and motioned to continue the item to its August meeting.

Hipp Architecture proposed a mixed-use project that included affordable housing and would potentially bring together a group of private investors and community development partners, including Cape Fear Habitat for Humanity.

Since the city meeting last month, the firm has had ongoing discussions with the city about his company's proposal, Clark Hipp, of Hipp Architecture, said Friday.

Submitted with the original resolution is a detailed list of what the firm plans to accompolish toward the project over 120 days, starting Aug. 21.

The firm has laid out several major and intermediate milestones during its predevelopment phase, which include securing financing with letters of intent from investors and lenders; completing the development design and seeking TRC approval; obtaining a residential and commercial marketing study; and conducting a community engagement meeting, according to a city document.

"This item is continued from your July 16, 2019 meeting; as a result, the resolution is the same as was considered at that meeting. Should Council decide to accept the proposal from Hipp Architecture, the motion for consideration would be to accept the proposal, including the development timeline, and to direct staff to work with the developer on a Purchase and Development Agreement reflective of the revised proposal," stated the city document.

Hipp Architecture is set to present its revised proposal with the timeline and benchmarks to the council Tuesday, Hipp said.

“The goal was to create a set of benchmarks with a corresponding timeline that we would have to meet before the city would approve our proposal,” he said. “Our hope is they will resolve to accept our proposal with the timeline and benchmarks included.”

Discussions with the city leading up to the meeting have been also about looking at ways to improve the residential density, Hipp said.

“We have looked at trying to get more residential units into the design,” he said. “There have been requests to see if there is a way to create a mixed-income project, with some affordable and some market-rate units.”

In the RFP, the city said that proposals that included affordable housing were likely to receive preference in consideration.

With the increase in residential density, Hipp said the firm has decreased some of the commercial square footage for lease from the original proposal.

“I definitely think the city is more receptive," Hipp said. "I think, again, they assumed they were going to end up selling the property so they had not really thought about how they could enhance or impact the development of the property. I think they see now that there is an opportunity to improve the community impact by increasing residential density and addressing some of the environmental issues."

“My feeling was initially, they didn’t see themselves as a partner in this development and now I think they realize there is an opportunity to partner and improve the overall project in that way. So far, the discussions I have had have all been positive," Hipp said.

On the investment piece, the firm has been talking with potential investors and lenders but no commitments had been finalized as of Friday, Hipp said.

Backing from the city could help make the project more successful in getting funded, Hipp said. With the added residential units, the project estimate is now roughly $7.5 million, up $500,000 from the original, he said.