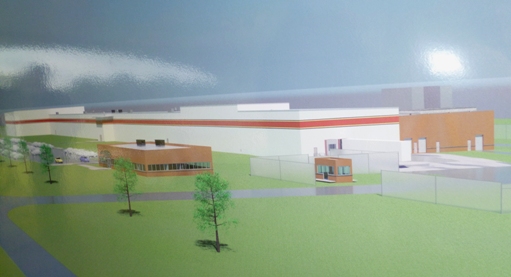 Nearly $3.8 million in incentives to retain and grow new jobs are on the line for three municipalities in greater Wilmington.

One of the largest incentive packages is being considered in Pender County for the future seafood-processing plant planned by Acme Smoked Fish Corporation in the Currie-based Pender Commerce Park along U.S. Highway 421.

Pender commissioners are holding a public hearing at 4 p.m. in the public assembly room of the Pender County Government Complex, located at 805 S. Walker St. in Burgaw to receive comment on the incentive package for RC Creations, a subsidiary of Acme.

The Brooklyn, N.Y.-based firm announced Oct. 18 plans to invest roughly $30 million to construct a new 100,000-square-foot facility on 20 acres within the commerce park for its new subsidiary. Officials at the time announced the creation of 120 immediate jobs, with plans to expand the plant and workforce to 250 people by 2017.

As part of the firm’s incentive package, Pender County Board of Commissioners is set to vote on a nearly $3.6 million package for the new plant, which includes doling out a maximum of $926,399, or roughly $106,969 a year, from the county’s general fund to assist Acme in developing the new facility, according to a public hearing notice.

In addition to the incentive package for Acme’s investment, county officials also plan to shell out more than $3.4 million to complete infrastructure improvements in the Pender Commerce Park, which includes roads, sewer, water and storm water retention, the notice said.

Meanwhile, Wilmington City Council members are set to vote on whether to issue $121,563 in an incentive payment to PPD.

The amount has not been budgeted in the city’s fiscal year 2013-14 budget.

The council will consider the incentive payout during its 6:30 p.m. meeting Wednesday in the council chambers at Wilmington City Hall, 102 N. Third St.

In 2005, Wilmington agreed to pay PPD $125,000 per year for up to five years, while New Hanover County agreed to pay $300,000 for five years, according to city and county documents. The payouts would be determined annually by both municipalities.

As part of the agreement, PPD would have to meet a series of metrics that would determine the amount of incentive money it would receive, including an $80 million investment in its new headquarters in downtown Wilmington and the creation of an additional 857 new jobs to match the 1,000 full-time jobs already in place.

However, in an Oct. 23 letter issued by R. Scott Satterfield, CEO of Wilmington Business Development, PPD reported 1,484 full-time employees from Sept. 1, 2012 to Aug. 31, 2013 – 373 full-time employees shy of the city and county’s agreed upon benchmark.

But despite missing the jobs benchmark, PPD has managed to earn 97.25 percent of its potential maximum first-year reward for investing $110.4 million in improvements and direct economic impact to downtown – meaning the city and county must pay PPD 97.25 percent from its 2005 arranged metrics used for the incentive agreement.

Charles Smith, New Hanover County spokesman, said Monday county officials have reviewed PPD's documents and previous agreement with the county, and have already budgeted a $291,750 payment from its fiscal year 2013-14 budget to pay PPD – 97.25 percent of the $300,000 the company was eligible for, had it met the jobs target.

The Brunswick County Board of Commissioners is also slated to vote on $85,000 in incentives during its Nov. 18 meeting to assist Lee Controls in bringing its headquarters and operations to the Southport area.

Lee Controls LLC, – a manufacturer of round rail products, announced in September plans to invest close to $2.5 million over the next three years in 27,000 square feet of former warehouse space at 8250 River Road north of Southport.

Jim Bradshaw, executive director of the Brunswick County Economic Development Commission, said Monday the county has set aside roughly $45,000 to extend a sewer line to the property. The city of Southport, which owns and maintains the sewer line, has agreed to waive all sewer fees associated with the extension, he said.

Bradshaw said he anticipates the connection work to come in at a lesser amount since the work will be performed by the county instead of by a private firm.

Commissioners will also consider a $40,000 performance-based grant from the One North Carolina Fund, which provides financial assistance through local governments to attract business projects that will stimulate economic activity and create new jobs in the state.