Wilmington Nonprofit TV Show To Premiere On The Design Network 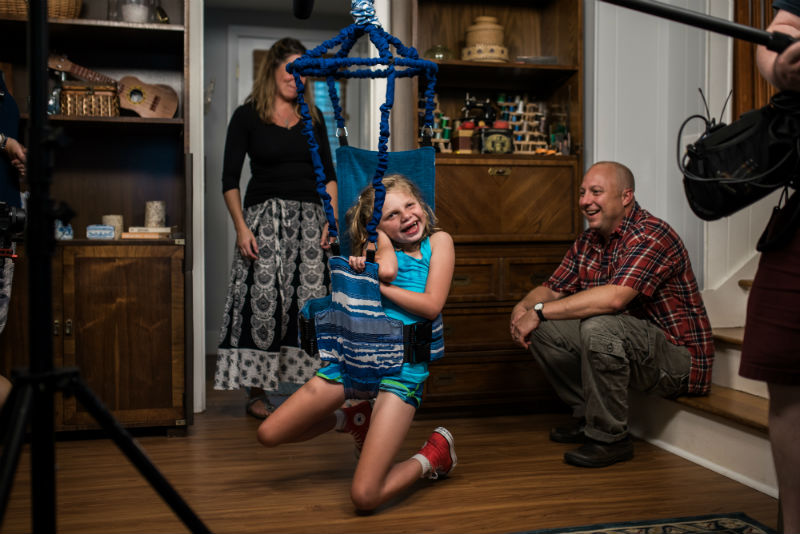 “We have been overwhelmed by the support of our incredible Wilmington community as we change lives by improving homes,” Logan Thompson, executive director for Welcome Home Angel, said in a news release. “Our partnership with The Design Network is such a unique and exciting way to share our story with the entire world, for which we are profoundly grateful.”

The five-part show will premiere June 25 and will stream for free on The Design Network website, as well as on Apple TV, Roku, Amazon Fire, YouTube, Amazon Prime, among other streaming services.

Each Welcome Home Angel episode will follow one child from Wilmington; Netta, Amanda, Julia, Zachery and Samuel, according to the release.

The partnership between the nonprofit and The Design Network was influenced by Meg Caswell, a Wilmington interior designer and TV host who won HGTV’s Design Star in 2011 and is also a board member of Welcome Home Angel, Thompson said.

“He came and heard about our organization, loved it and thought it would be a great idea for a show," Thompson said. “Our founder was into the show Extreme Makeover: Home Edition, and it inspired him to do start the organization in the first place. The show will be a mini version of that.” 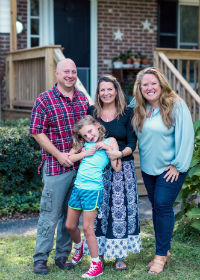 “It is amazing how renovating a sick child’s room can have a therapeutic effect on the child’s recovery,” Caswell said in the release. “It allows them to take their minds away from their problems and dream happy dreams in their new fantasy healing space.”

Furnitureland South donated furniture for the makeovers, which helped the organization do more in the homes, Thompson said.

“What we do is very visually impactful. It’s really important for us to help people understand how much power design has on people’s homes. We are not just putting in an ADA (Americans with Disabilities Act-compliant) bath, we are making it look fabulous. It is powerful to see a family that is struggling, get this gift,” she said. “Many times, families put themselves in a position that they don’t matter because they are devoted to caring for their children. They do matter and the home environment can change everything about the way they live their lives.”

With the show, the organization will be exposed to viewers throughout the country, which can be useful if it decides to expand one day, Thompson said.

“It’s a nice way to showcase all of that and share with others what we do with the Wilmington community,” she said. “Organizations worry about the opportunity to expand to other areas and this gives us a way for the whole nation to see who we are and get brand recognition.”

Thompson said she also hopes that viewers are motivated to donate to the nonprofit or volunteer their time and skills.

After operating mostly with the help of volunteers, the organization brought in Thompson in 2016 and recently hired a program coordinator.

The Design Network is a free TV network with a focus on home design. Original shows feature designers including Genevieve Gorder, Carson Kressley, Kelli Ellis, Thom Filicia and others.

The possibility of filming more episodes will depend on the reception of the first five episodes Thompson said.

Last year, despite delays from Hurricane Florence, the organization helped 11 families. This year, it is on track to surpass that number, she said.

“We are growing exponentially, and the idea of expanding is exciting,” Thompson said. “We are grateful that people get the value of what we do.”