BE PART OF WILMA'S INITIATIVE TO DEVELOP MORE WOMEN LEADERS IN OUR REGION!

Join WILMA for an afternoon of workshops on Public Speaking, Branding & Communication, Speed Mentoring, Board Training, a Panel of Women Leaders and more! 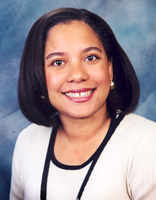 Kim Bankston is the General Manager of  Human Resources for GE Hitachi Nuclear. She was formerly the HR Director for GE's Advanced Manufacturing and Software Technology Center in Detroit. Bankston has also served as the Managing Director, Diversity for GE Capital and has held prior HR roles in leadership development and succession planning. Kimberly earned her undergraduate in Political Science from Furman University and a Doctor of Law degree at the University of Georgia School of Law. 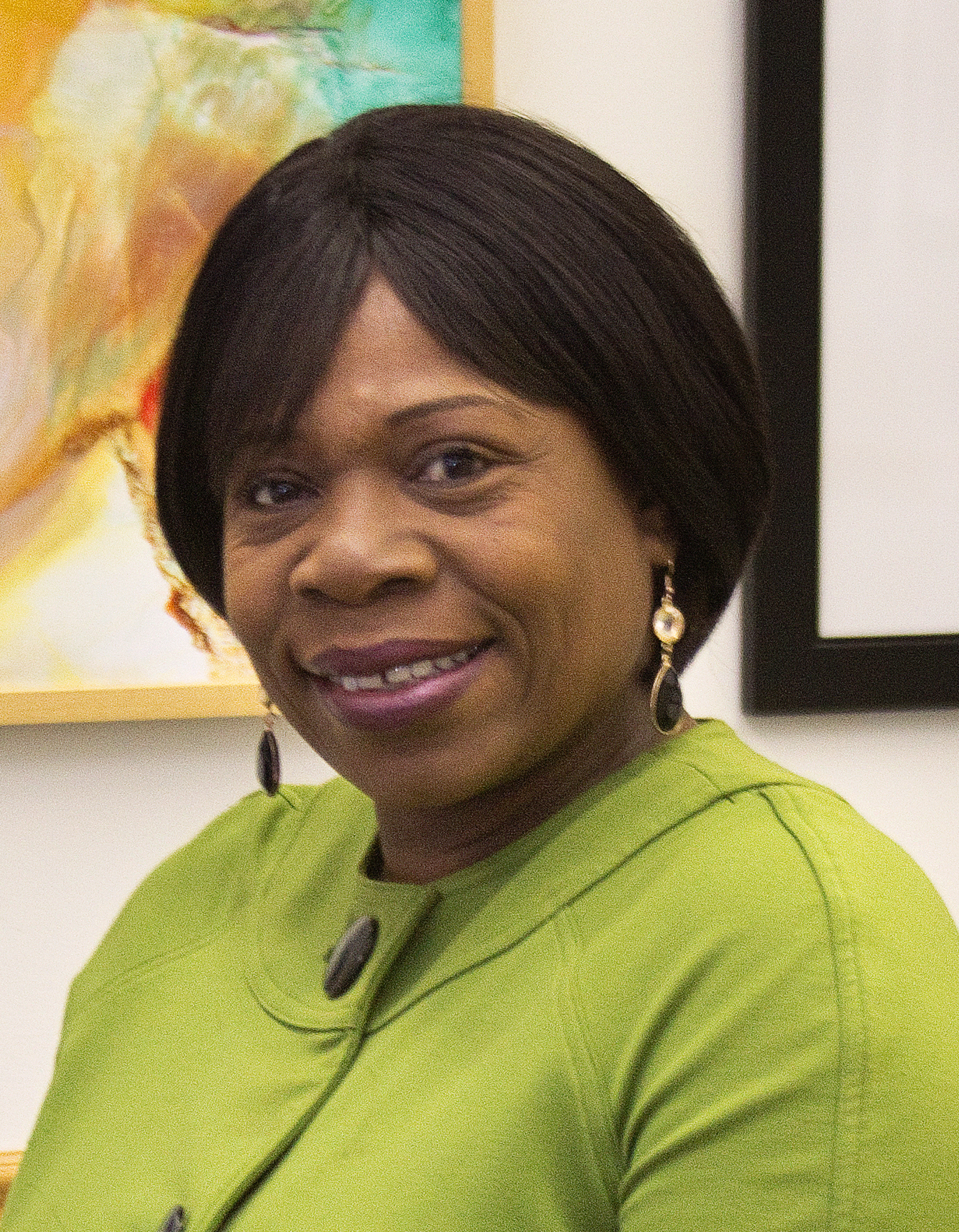 Rhonda Bellamy is the executive director of The Arts Council of Wilmington and New Hanover County since July 2012. A founding Steering Committee member and former co-chair of Wilmington City Council’s Task Force on Arts and Cultural Affairs, Bellamy has served on a variety of arts-related boards, including the Black Arts Alliance, Inc. and the North Carolina Black Film Festival, both of which she co-founded. She also served two non-consecutive terms on the board of directors of Cameron Art Museum. In addition to her work in the arts, she has more than 20 years of experience in broadcast news. She previously served as news director for Cumulus Media’s five station radio cluster in Wilmington, as well as hosting a daily talk show. Bellamy has also authored and edited three books. A graduate of North Carolina Central University, she has been honored as Women of the Year-New Hanover Human Relations Commission, YWCA Woman of Achievement in the Arts, and was named one of the 50 Most Influential Arts Leaders (Stars News). 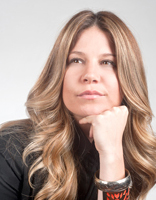 Carmin Black is CEO and Co-Founder of HALF UNITED. HALF UNITED is a socially conscious accessories brand focused on fighting and ending hunger. For every HALF UNITED product you purchase, you give 7 meals to a child in need. To date HALF UNITED has given over 500,000 meals to children in Fiji, Cambodia, Haiti, and in the USA. HALF UNITED was started by Carmin and her brother Christian in 2009 with only $200, and has since grown to a brand which can now be purchased in Nordstrom, Simons in Canada, Altar'd State, and in 400 other retailers worldwide. 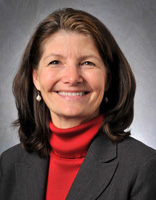 Donna Bost is Vice President at New Hanover Regional Medical Center overseeing operations for multiple divisions to include Specialty Hospitals. Her 40 year career  has included work with services provided in acute care as well as community health. Bost a has a career that spans over 3 decades.  Over the years she has worked with education, lab, radiology, cardiac services, behavioral health, home health, surgery, orthopedic hospital, rehabilitation services, pharmacy and outpatient clinics. Donna enjoys bringing diverse people together to improve systems and care.  She is married with 2 children,  3 grandchildren and two golden retrievers. 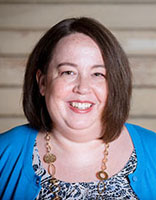 Natasha Davis is the Director of UNC Wilmington’s Quality Enhancement for Nonprofit Organizations (QENO) housed in the Office of Community Engagement. Natasha draws on her 16 years of finance and management experience to help strengthen our region's nonprofit sector. Natasha earned her BS in Accounting from University of North Carolina Greensboro with an Information Systems concentration and her Masters in Public Administration from UNC Wilmington with a Nonprofit Management concentration. Natasha has experience in both the for profit and nonprofit sectors in the roles of staff member, board member, funder, and consultant and was a 2015 Women to Watch winner in the nonprofit category. 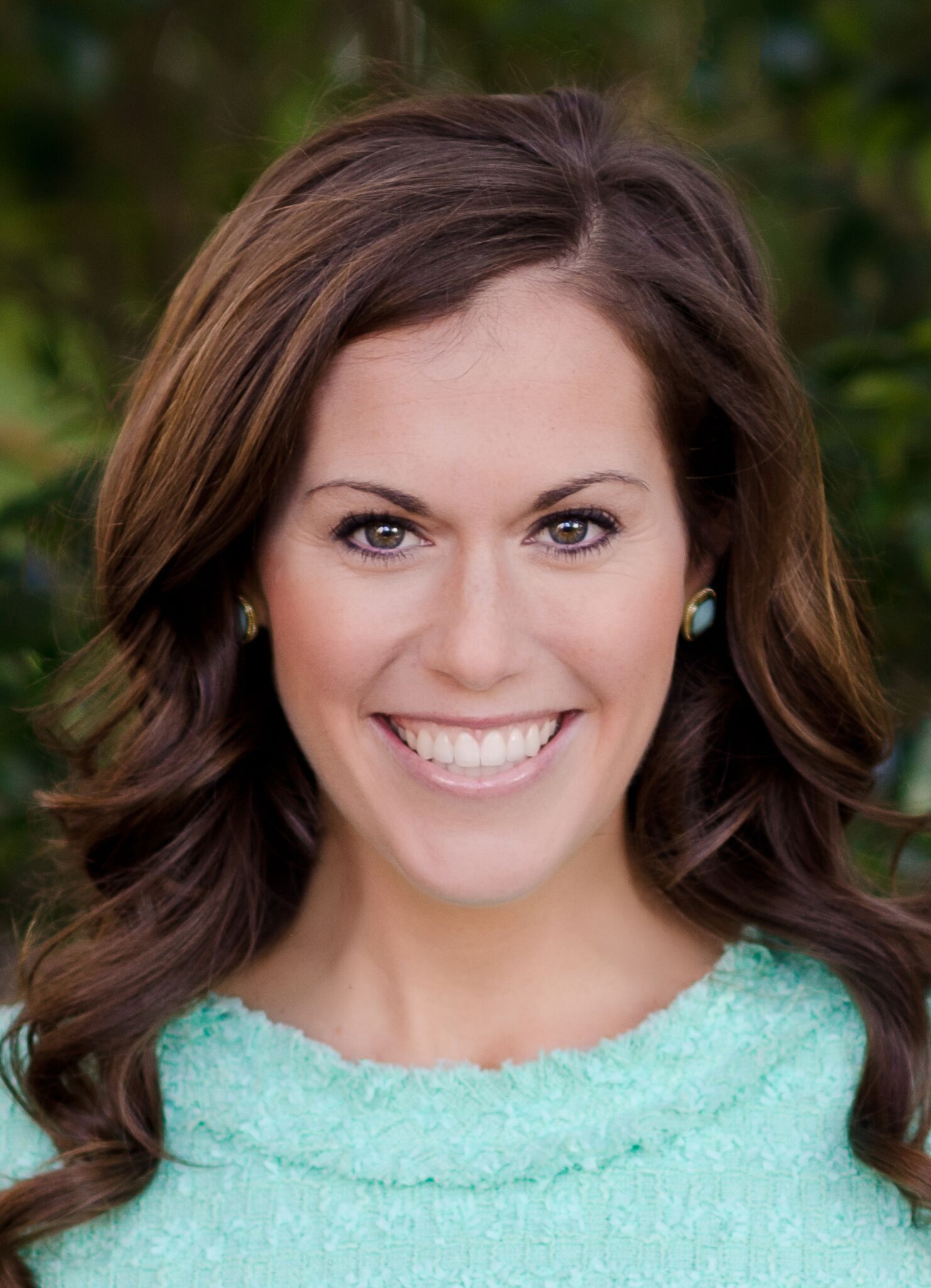 Jessica Edwards is a realtor and luxury certified Previews Property Specialist with Coldwell Banker Sea Coast Advantage in Wilmington. Edwards graduated magna cum laude from The University of North Carolina Wilmington in 2004. She then immediately pursued and launched her real estate career. She is known for her innovative use of technology and video in real estate and cutting edge marketing tactics. As the breakout star of Coldwell Banker’s YouTube Channel, On Location, she has received local and national recognition for her efforts and success. Edwards serves as the Coldwell Banker Real Estate Consumer Specialist. Each month she is interviewed by reporters (CNBC, USA Today, Fox Business, Wall Street Journal, etc.) to discuss real estate trends and provide timely advice and guidance. She serves as a foundation board member and sat previously on the alumni board for UNCW. She is a wife and mother and enjoys spending time with friends and family, playing tennis,entertaining and enjoying the water and outdoors. 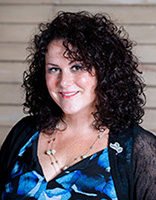 Amy Feath is a 26 year veteran, both in Pennsylvania and North Carolina, of providing direct victim services, specifically related to child, adolescent and adult victims/survivors of sexual violence; 16 years as the Director of the Rape Crisis Center of Coastal Horizons Center, Inc. and 4 years as the Executive Director of The Carousel Center – Child Advocacy Center.  Ms. Feath facilitated The Carousel Center in obtaining national Child Advocacy Center accreditation through the National Children’s Alliance (NCA) in the first two years of her Executive Directorship. 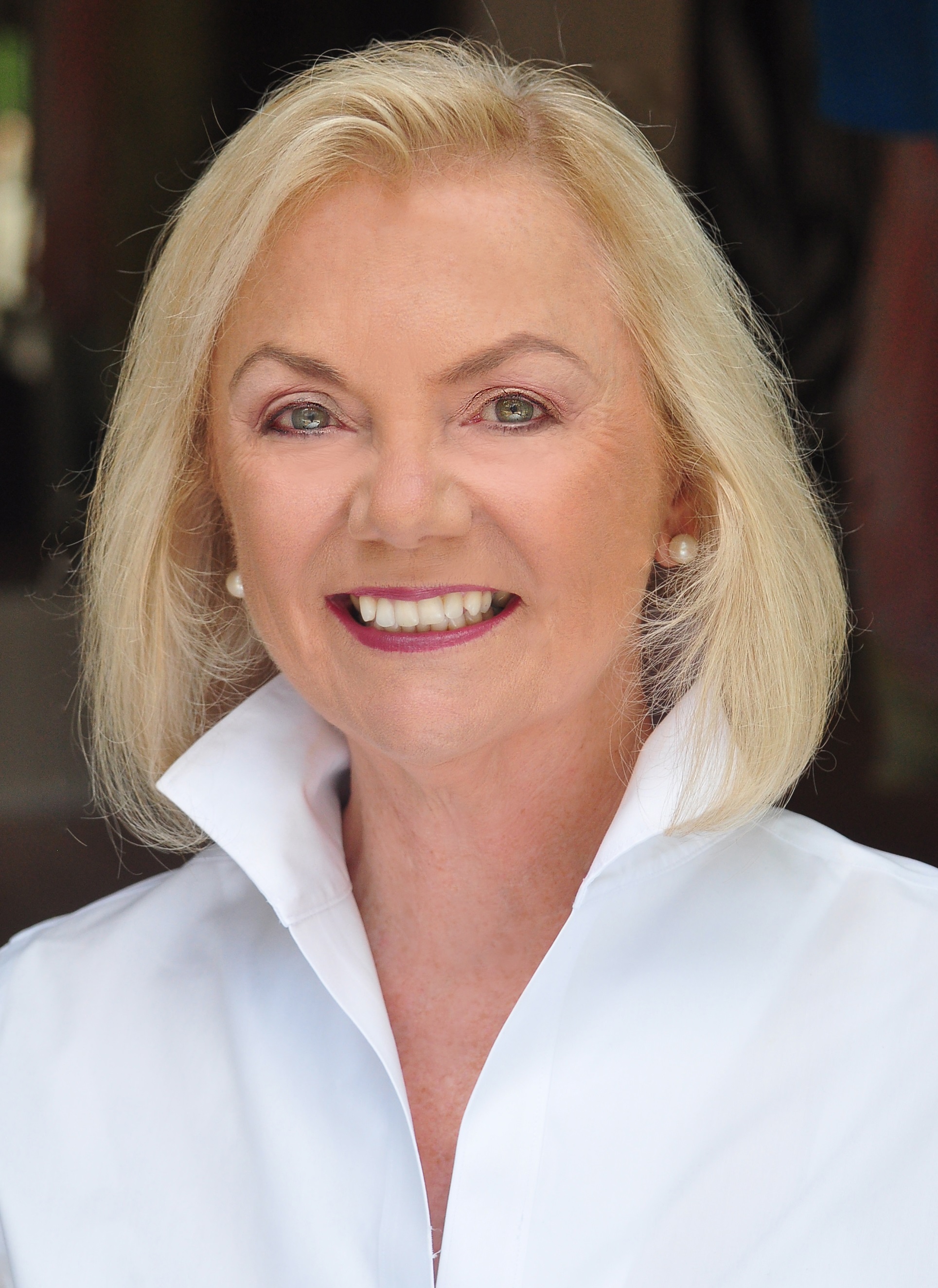 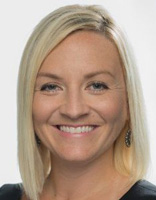 Lisa Leath is Vice President  of Human  Resources at Alcami. Her human resources management experience spans organizational effectiveness, employee and labor relations, talent acquisition and talent development. Prior to joining Alcami Corporation, Lisa served in various human resource roles for Corning, Incorporated, a specialty glass, ceramics and optic physics company in Charlotte and Wilmington, NC. Before joining Corning, Lisa worked in human resources at Frommer Lawrence and Haug LLP in New York, New York. Out of the cities she has lived in, Wilmington has been her favorite place to call home.  Lisa holds a BS in Labor Studies and Industrial Relations from The Pennsylvania State University. 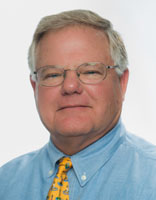 Chris Nelson is the executive director of the United Way of the Cape Fear area. Nelson moved to the Cape Fear Area in May, 2009, from Lansing, Michigan. He has 41 years of local, state and national United Way experience.  Chris currently serves on the board of directors for both United Way of North Carolina and NC 2-1-1. After starting his career as a division director at the Kalamazoo United Way in Michigan, he served as the CEO at the United Ways in Wooster, Ohio, Corpus Christi, Texas, and the state United Way in Michigan. During his career, he has been involved in every aspect of United Way including resource development, community planning, grant making, grant writing, public policy, nonprofit volunteer and staff training, and crisis preparedness and response.  Chris attended Western Michigan University where he obtained a B.S. degree in Social Work, and his Master of Social Work (MSW) degree. 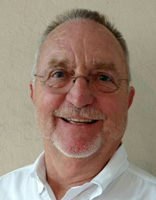 Michel Smith is an effective and dynamic speaker on business and personal development topics. He has spent the last twenty years of his career as V.P. of Training and Development for BoatUS in Alexandria, VA. and was a frequent speaker at various conferences throughout the U.S. Smith's area of interest and expertise include public speaking, Myers-Briggs workshops, effective leadership and management styles, personal financial freedom, strategic planning workshops, conflict management, and customer satisfaction. Smith relocated to Wilmington full time in the fall of 2015.  Currently volunteering with, 4-H and Career Readiness Academy here in Wilmington and continuing volunteer work with USO/Wounded Warriors, Ft. Belvoir, VA and a Youth Development Program sponsored by the City of Alexandria, VA. 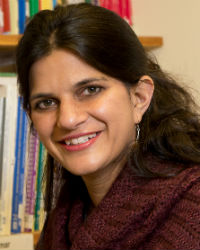 Yasmin Tomkinson came to the Cape Fear Literacy Council as a volunteer tutor in 2002. It was a great experience, and she was very pleased to join the staff in 2004. She is now the Executive Director and remains inspired by CFLC’s adult learners and the volunteers who help them reach their goals. Yasmin studied Education and American History at Vassar College and got an MBA with a concentration in Non-Profit Management from Boston University. She worked for education-focused non-profits in rural Utah, Los Angeles, Baltimore, and Boston before moving to Wilmington. 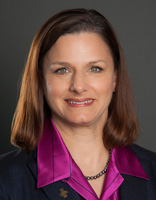 Julie Wilsey is Airport Director for the Wilmington International Airport. After graduating from the United States Military Academy at West Point in 1992, Julie was commissioned in the U.S. Army Corps of Engineers. From 1992 to 1998, she served in various military assignments as a military engineer officer, earning the rank of Captain. In January 1999, Julie moved to the Wilmington area and was hired as the Director of Facilities and Engineering at ILM. Over the years, she has helped ILM grow with airfield and facility improvements, completing over $100M worth of capital projects. Career milestones include earning her accreditation as an airport executive with the American Association of Airport Executives in 2008, her MBA from Embry Riddle Aeronautical University in 2016, and assuming the role of Airport Director at ILM in 2015.  An active member of the community and aviation industry, Julie serves on the North Carolina Environmental Management Commission, the NC Aviation Task Force, is active with Wilmington Downtown Rotary, various WILMA events, the North Carolina Airport Association, and Southeast AAAE. Julie is married to LTC (Ret) Donald Wilsey, USA, has a step-daughter, Lauren, and two cats.

Accelerator includes six leadership seminars, which will run once and then repeat. Each attendee will select two seminars — one starting at 1:45 p.m. and the other at 3:15 p.m. After you click “Buy Tickets”, you will select your seminars.
Share This Event!
Tweet
FOUNDING SPONSORS: 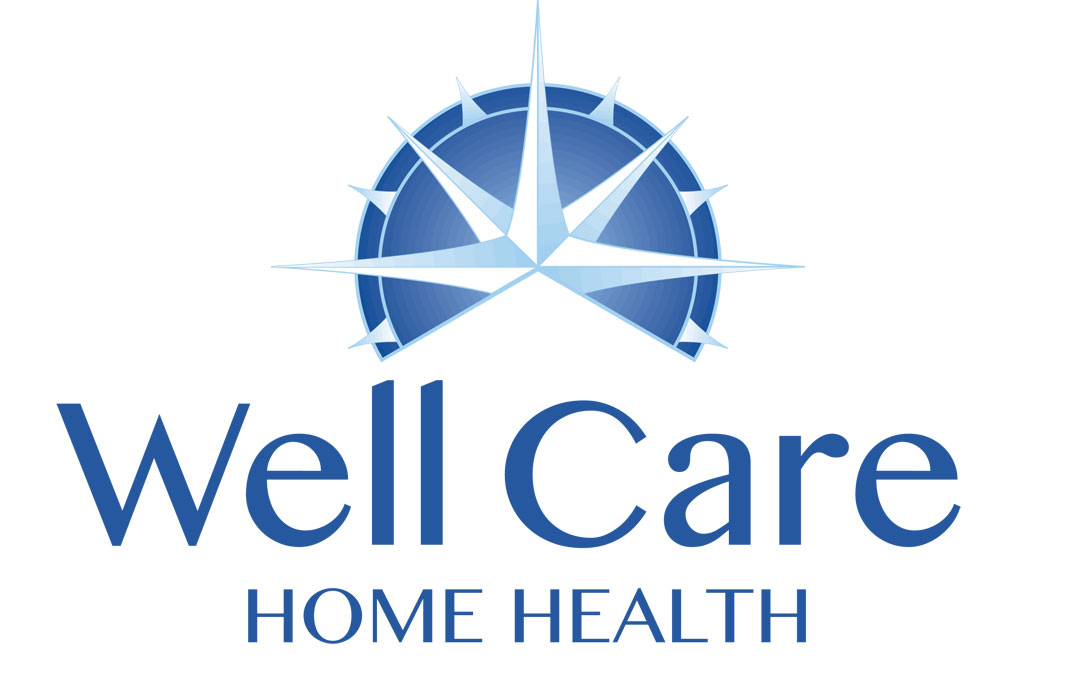