Addressing Homelessness From All Sides 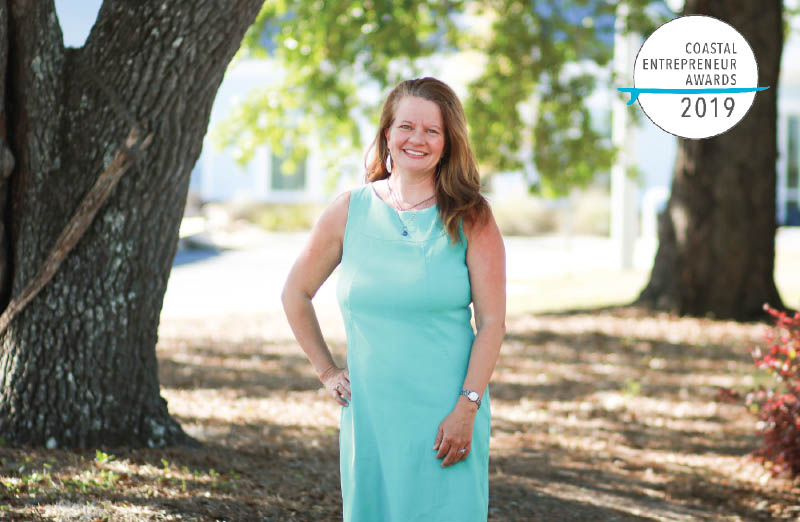 Nonprofit CATEGORY WINNER | GOOD SHEPHERD CENTER KATRINA KNIGHT, executive director | YEAR FOUNDED: 1983 | EMPLOYEES: 32 | Photo by Michael Cline Spencer
In 1983, a group of Wilmington residents started to feed the hungry out of a kitchen at Church of the Good Shepherd on Queen Street.

The soup kitchen later moved to the basement of First Baptist Church until it found its current location, complete with a full commercial kitchen, at Good Shepherd Center’s main campus on Martin Street.

What was born out of the goodwill of a group of volunteers set in motion the framework for one of Wilmington’s largest nonprofit organizations, the Good Shepherd Center.

With the mission to feed the hungry, provide shelter and foster transitions to permanent housing, Good Shepherd Center serves about 3,000 local adults and children through its many programs, according to executive director Katrina Knight.

More than a decade ago, Good Shepherd recognized a need to extend its focus beyond temporary services to long-term solutions for ending homelessness in the Cape Fear region. Good Shepherd began adopting best practice strategies that were successful in other communities, resulting in the transition of more than 150 homeless adults and children from shelter to housing every year, Knight said.

But, Good Shepherd could not ignore the root of the problem – the local affordable housing crisis, Knight said.

“Too many residents simply do not earn enough to afford a decent place in which to live,” she said. “This is especially true for persons with disabilities.”

In the summer of 2017, Good Shepherd completed phase I of SECU Lakeside Reserve, a housing community of 16 apartment units for chronically homeless individuals.

“SECU Lakeside Reserve is evidence of our effort to be part of a real solution to homelessness, versus simply triaging people in crisis or managing the problem,” Knight said. “Typically our residents have multiple challenges, from serious health concerns to mental health challenges to developmental delays, and move into their new apartment directly from shelter or the woods.”

Good Shepherd plans to complete phase II of SECU Lakeside Reserve in June, which will add 24 apartments to the community near Greenfield Lake.

Knight said 25 percent of the residents living in the community’s first phase are veterans, and officials hope to house a higher percentage of veterans in phase II.

Looking toward the future, Good Shepherd plans to focus on responsibly managing established services, with a budget of more than $2 million.

“We take very seriously our efforts to be good stewards of the resources with which we’ve been entrusted, from people’s financial contributions, to in-kind donations, to the three program sites we’ve been able to develop with widespread community support,” she said. “Meanwhile, we take our advocacy role just as seriously and will be devoting equal time and attention to promoting the production and preservation of affordable rental housing throughout our community, so that all our neighbors might enjoy access to a decent and affordable place to live.”