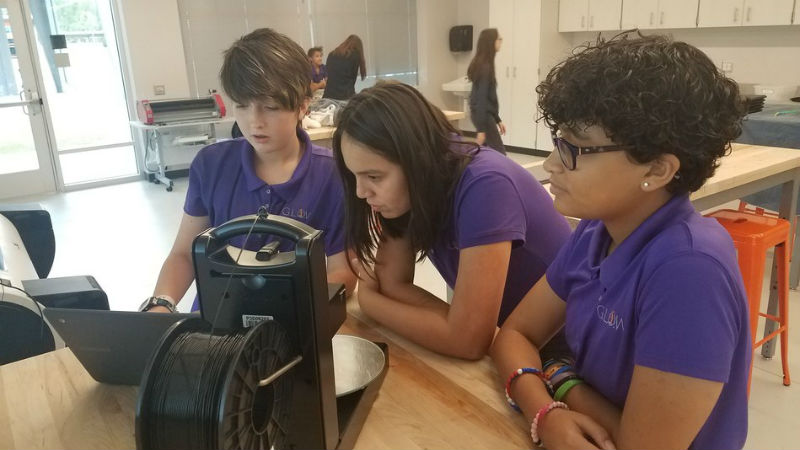 "We are dedicated to helping GLOW students break through gender barriers," Todd Godbey, CEO of GLOW Academy said in the release. "The SunTrust Foundation Makerspace will ensure that our graduates have the skills to better compete and succeed in the modern business world or create businesses of their own."

The makerspace is a 1,120 square foot space and currently has some equipment available for students including 3D printers, laminators, chrome books and vinyl cutters.

SunTrust Foundation is the philanthropic arm of SunTrust Bank.

This grant comes more than a month after the grand opening of GLOW’s new campus on a 31-acre site on 4100 Sunglow Drive.

Last week, GLOW announced that celebrity chef Tyler Florence will come to Wilmington to support the school through three fundraising events in January.

According to the release, the enhanced makerspace will expose students to inquiry-based instruction, problem-solving and collaboration skills.