'We Were All Bummed': Phase Two Means Some Open, Some Stay Closed 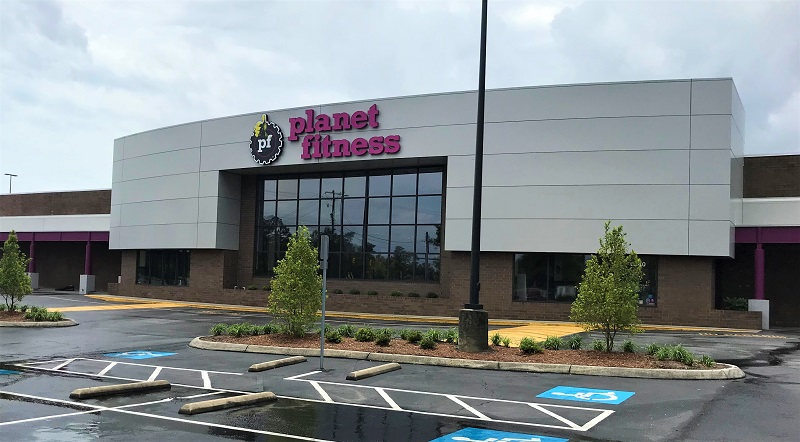 But when Gov. Roy Cooper announced Wednesday that gyms couldn't open to the public in the second phase of reopening the state's economy amidst the coronavirus pandemic, that meant the doors to the facility at 6840 Market St. would remain closed.

"We were all bummed. The whole talk was gyms were going to be in phase two, with restaurants and bars," said Joe Bernardini, a partner in the group that owns the Planet Fitness in Ogden, on Thursday. "We had about a week's worth of work prior to this, expecting that we were going to be open, and last night threw us for a doozy."

The business was going back to full staff because of receiving Paycheck Protection Program loan.

"And there certain guidelines that you have to meet for the PPP loan. So we had everybody back. We were actually hiring additional staff, going above and beyond as far as keeping our gyms clean, and the procedures that we were going to be taking. So we're really disappointed.

"And I guess the part for me is: five weeks? We have to wait five more weeks now. That seems a little excessive to me," Bernardini said.

The group had conference calls scheduled Thursday to figure out what the gym's plans are going forward, he said. The order changes everything for Planet Fitness, which had utilities in place, secured vendors and accounts open as a means to get the gym up running again.

The national chain of gyms has two other facilities in Wilmington at 68 A S. Kerr Ave. and 6400 Carolina Beach Road. The gym in Ogden is the newest in Wilmington, and because of the coronavirus pandemic, it had to close in mid-March just months after officially opening.

"For us, we just opened a brand new gym. We spent close to $4 million and to close your business three months after opening, that would be tough on any business," Bernardini said.

And it looks like it won't be until mid-summer when they can reopen.

"We do feel that Planet Fitness is going to come out stronger at the end of this," Bernardini said. "Once we are able to be open, we are going to see a huge impact on people wanting to come in and actually work out since everybody has been quarantined in their house."

Cooper announced Wednesday night that the state was taking a more moderate approach to the reopening than originally planned, a safety measure to keep the novel coronavirus cases across the state from increasing as more public places start opening again. The new orders run until June 26.

But while gyms, along with other indoor fitness facilities, bars, night clubs, indoor entertainment facilities, and public playgrounds are to remain closed, other businesses received the go-ahead to open in phase two.

Restaurants, which were previously allowed to offer carry-out, take-out and delivery services, can now open their doors at half capacity. And personal care facilities, such as salons and barbershops, can open at 50% capacity as well.

In downtown Wilmington, Shuckin' Shack Oyster Bar co-owner Matt Piccinin was busy getting his business and staff prepared for opening its doors at 127 N. Front St. as soon as the new orders take effect at 5 p.m. Friday.

The business closed March 18, and opened just last week for delivery and take out. Staff have been cleaning up the restaurant in preparation for the opening and the big Memorial Day weekend, he said.

"We've been getting staff back in, working on prepping, cleaning, and right now we are currently in the process of looking at our floor plan and seating chart/layout to see how we can best utilize our space," Piccinin said.

The business will be pushing its outdoor dining downtown, both its front patio and back patio, which overlooks the Cape Fear River, he said.

"We're going to have a lot of seating out there as far as social distancing guidelines go for seating," he said. "But we do have more room out there to allow guests to enjoy the weather and still enjoy it within the requirements of restaurants."

Staff will be wearing face masks, spaced seating is being established both on the floor and at the bar and added sanitization, among many other measures to operate within guidelines, he said.

"We feel like we have a pretty good system. But it's gonna be a learning curve for everybody. Especially this weekend, opening on Memorial Day weekend," he said. "It would have been nice to at least get this in last weekend as a practice trial run leading up to a holiday weekend, but we feel like we've got a really good handle on it. And obviously, just like every restaurant, it's going to be a learning curve, as we go."

But in the restaurant game, adaptation is just part of the industry, he said.

Among them, was Seagrass Salon & Day Spa at 710 Military Cutoff Road, which was forced to close March 25, owner Mark Maccalupo said.

"The demand for people coming in is going to be far greater than we are going to be able to handle. We will be open as we always have been, six days a week, and I can say we're just going to be busy from open until close," Maccalupo said.

The salon and spa will reopen Monday at half capacity and staff will work on a split schedule, something that many of the stylists and technicians were already doing before the business closed in March.

The business will open every other booth in the salon, giving a distance of 12 feet in between clients, he said. The business is also working to follow all other guidelines and regulations going forward when it opens up.

In addition to working at half capacity, all staff will wear face masks and the salon has added extra sanitization efforts to the business.

"Our primary objective is to make the customers and the staff feel safe and comfortable in the space that they are in," Maccalupo said. "We want to keep it enjoyable, but safe at the same time."

But as far as the salon's economic position, the business, like so many others, will never recover what's been lost because of the coronavirus pandemic, he said.

"The salon as a whole, the business itself is going to be fine. I have tried to manage it in a way that we're not going under because of this. But we certainly will not see the numbers that we have done in the past," Maccalupo said. "Individually, each stylist, most of these people are 50% contributors to their household, if not the sole contributors. So, it's going have a hard impact and has had a hard impact on them from an economic standpoint. That money will not be made up."

But the biggest concern is to make sure there isn't another big wave of COVID-19 cases that arise in the future, he said.

"If we can at least maintain at this level, and then go up from there, I think that we'll all ride out this year and it'll be fine," he said of the business. "The money will never be recaptured, but it will all be okay. And then hopefully next year, we'll all be a little bit better off and a little less concerned about safety and health."