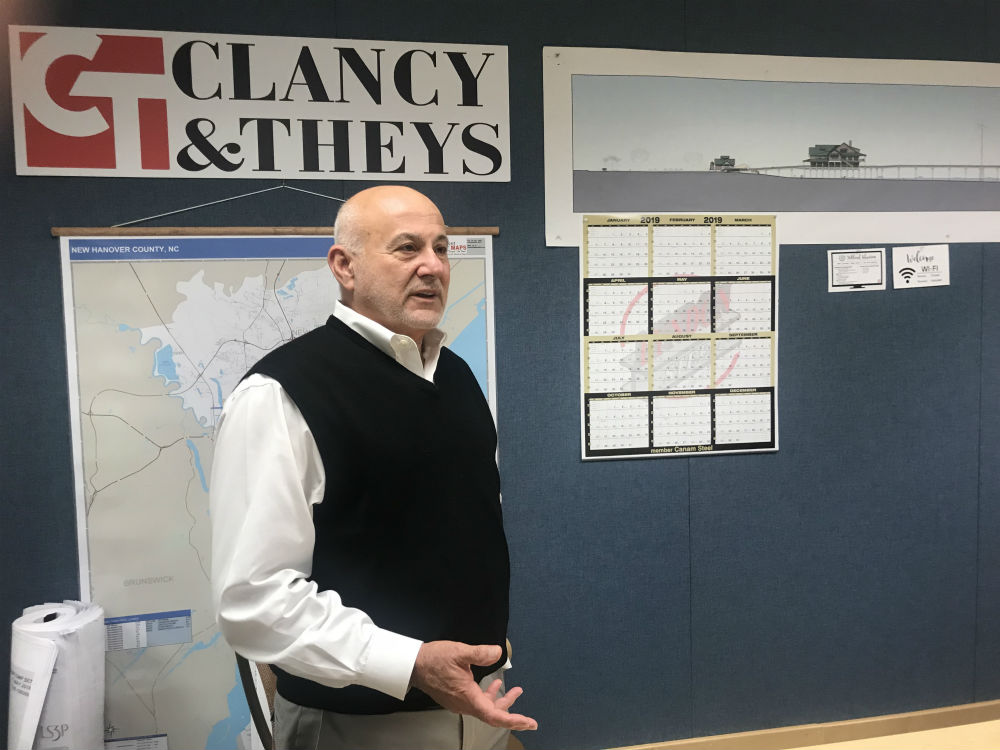 When the Wilmington Division's vice president and CEO, David Michael, started working for the firm in Wilmington more than three decades ago, a couple of early local projects by Clancy & Theys were Wrightsville Dunes condominiums on Shell Island and the visitors center at the Battleship North Carolina, Michael said.

Momentum in the Cape Fear region built for the general contractor over the years, including a major renovation to Thalian Hall that was celebrated in 1990. Now Clancy & Theys counts numerous recognizable Wilmington structures in its portfolio.

"We have been blessed with many signature projects that we've completed as you look throughout the community," Michael said, adding that among those are Live Oak Bank office buildings off of Independence Boulevard that are as beautiful as any luxury custom home.

These days, the Wilmington office of the Raleigh-based company continues to grow, with new projects underway and on the horizon, especially in downtown Wilmington. Those projects include an Aloft hotel, the Flats on Front apartments, a mixed-use development called River Bend on Third Street, and the city's North Waterfront Park, among others.

Additionally, the company is in the midst of renovating its Wilmington office at 2250 Shipyard Blvd., with architectural and technological upgrades. The last time the firm renovated its office here was right before the recession, which it was able to navigate without as much pain as some, Michael said.

"Through that entire time, no one was laid off," he said. "Everybody kept their job, which to me really speaks volumes [about Clancy & Theys]."

Michael said as a result, when the economy began to recover, his office was prepared, with a staff that could handle the growth that followed the area's climb out of the downturn.

As for current projects, the Aloft hotel under construction on Nutt Street is fascinating, Michael said, because it's being added to the back of and incorporating the historic Coastline Conference & Event Center.

"You're getting to see the blend of the old and the new," Michael said.

For Michael, who discovered Wilmington in the 1970s, "it's so neat to see what's happening downtown."

And when it comes to the North Waterfront Park, Michael said, residents and visitors could soon see the beginnings of construction on the multimillion-dollar project.