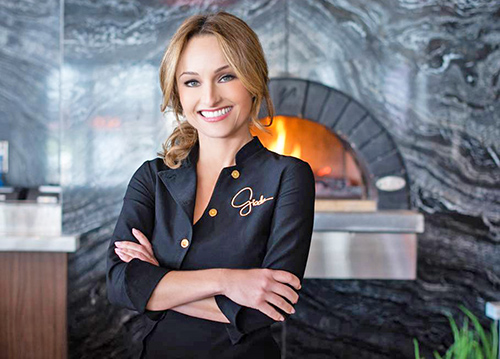 GLOW is North Carolina's only single-gender public charter school. GLOW Academy opened in August 2016 with its inaugural class of 100 sixth-graders, only 30 of whom were performing at grade level.

With a focus on closing the achievement and opportunity gaps among low-income families, the sixth- through 12th-grade school is part of a nationwide network of 18 single-gender schools focused on academic rigor, personal responsibility, leadership and college preparedness.

According to GLOW representative Margee Herring, De Laurentiis’ events raised more than $400,000 for the academy.

“We are delighted and humbled by the support shown to the Girls Leadership Academy of Wilmington, by our community at large,” GLOW president Todd Godbey said. “There is great attention being paid to the disparity in educational opportunities across the country, and we are so grateful that Wilmington has shown nothing but enthusiastic and generous support for our mission and our girls.”

De Laurentiis is the second celebrity chef to lend her time to the organization; chef Emeril Lagasse took part in a similar lineup of events for last year’s fundraiser. A portion of this year’s events were featured as part of a live Food Network broadcast, which, according to Herring, has garnered more than 260,000 views.