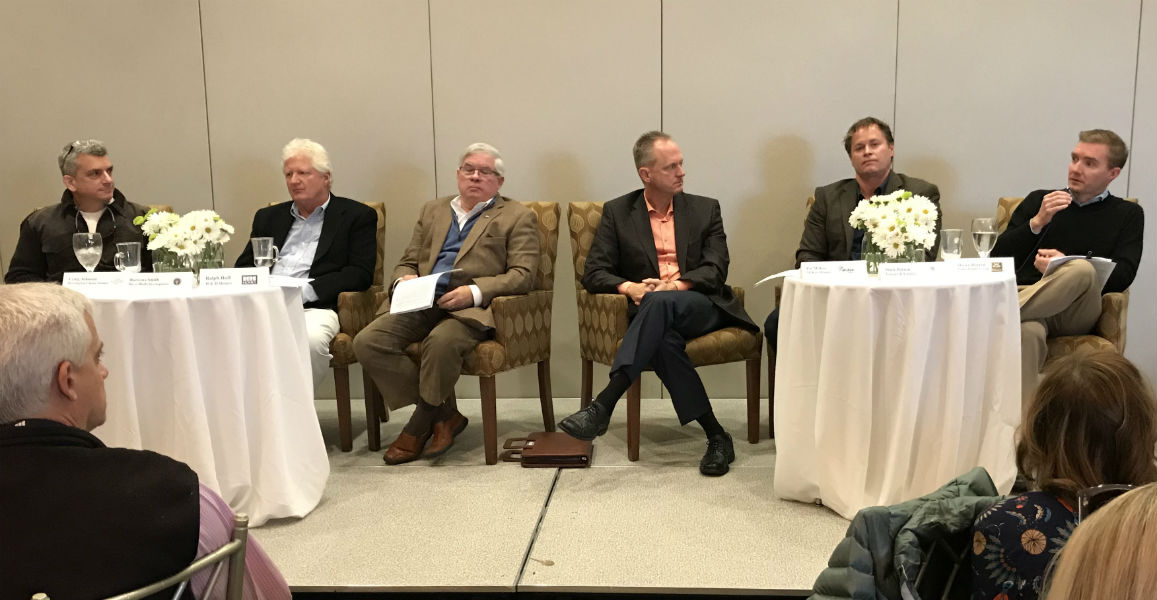 "We build in Raleigh, Charlotte, Wilmington, Fayetteville, Southern Pines, Pinehurst, Myrtle Beach and Charleston, and of all of our markets, we are above-plan in Wilmington better than any other market," said Ralph Huff, head of H&H Homes. "So this is a very, very vibrant community here."

Pat McKee, president of McKee Homes, said local and national inventory levels are low, and new homebuilders would like to fill that void, "but there's a lot of headwinds," including lot availability and an increase in costs.

In response to a question about the cost of building materials, Huff said, "Everything's up. We're in a real dilemma I think in terms of the fact that prices are going up and the labor -- there's a definite shortage," he said. "It's a real crisis. Nobody raises prices because they're greedy; we're raising prices to try to protect our margins."

In another example, McKee said, "Lumber spiked a couple weeks ago, and it was driven by a number of things -- tariffs from Canada and then the hurricanes that we had -- and we've seen an average of $2,000 to $4,000 increase in home costs just from lumber alone."

Though the lumber increase has eased a bit recently, other material costs could rise more as supply decreases, builders said.

"I think we're still in uncharted territory as far as the impact nationally the hurricanes and the damage from the hurricanes will have on the materials market ... I think it's going to drive our material costs considerably higher over the coming years," McKee said.

To address the labor shortage, builders said getting younger people interested in pursuing careers in skilled trades, including carpentry, plumbing and heating and air conditioning installation, will be critical to keeping up with the demand for new homes in the future.

In the Wilmington-area market, that demand is still being driven by retirees and consumer confidence, builders said.

As markets in the Northeastern U.S. remain busy, "people can sell their house rather easily now and come on down," Horton said.

Discussing the topic of housing affordability in the Wilmington area, Horton said "We need job growth, and we need pay growth."

At the same time, those who can afford luxury homes are spending more on custom dwellings, said Batson, whose company specializes in high-end houses on lots that people already own, mainly in Wrightsville Beach and Landfall and on Figure Eight Island.

"Overall the trend is that people's budgets are becoming less restrictive in our market," Batson said.

"To get to that 2006 level is almost unheard of. In my opinion, I don't want to see it that busy because it was a false market at the time," he said. "So we're feeling good about what is going on right now."