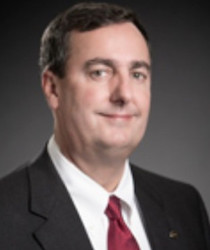 Phil Marion
After a 36-year career at BB&T, which has now become Truist, Phil Marion has announced his retirement. He will leave the bank Sept. 30, officials stated.

Currently, Marion serves as regional president of Truist’s N.C. Southeast Region, headquartered in Whiteville. He assumed that role for BB&T in November 2012, leaving his position as city executive for BB&T’s Wilmington market. He was succeeded by current City Executive Charlie Mattox.

Marion’s career began at Southern National Bank, where he held various management and executive positions before joining BB&T in 1985.

In 1995, he led a team through BB&T’s merger with Southern National Bank.

While he worked in the Wilmington area, Marion served on the boards of the Wilmington Chamber of Commerce and Wilmington Business Development. He was a trustee of the University of North Carolina Wilmington and an Advisory Board member of the university’s Endowment Fund.

Marion’s retirement comes at a time of change for the recently merged financial institution. Truist just announced that CEO Kelly King will retire Sept. 12. Former BB&T President Chris Henson, who became head of Banking and Insurance for Truist in December 2019 when the BB&T-SunTrust merger became final, is retiring Sept. 30. And the financial institution’s treasurer, Donna Goodrich, steps down Sept. 3 after 35 years at BB&T.