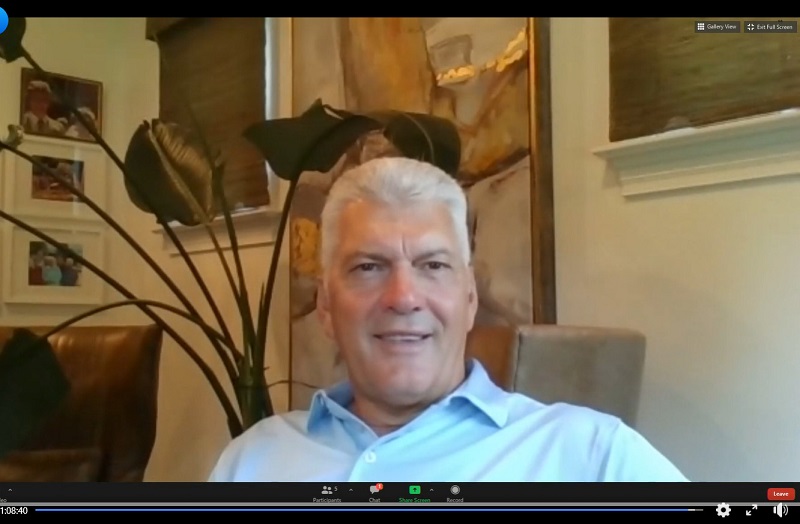 nCino, a spin-off of Live Oak Bank, has continued to remain on an upward trajectory this year, despite the impacts of the COVID-19 pandemic to global business. In the midst of the crisis, the firm launched its initial public offering in July.

Even in the changing business climate, nCino's IPO valued the company at roughly $7 billion.

One of the reasons nCino went public was to “get more notoriety, as well as the visibility for people in other countries to see the real nCino, and get insight into the financials, the background of the company, the description of the company, etc," Naudé said.

"Because if you can imagine, if you go into Europe with a brand new company and a brand that is not known, then how do they know that the company will be around one, two, three years from now?" he said. "And we believe that the IPO has given us that gravitas and that notoriety.”

In its earnings call last quarter, the company announced that it had signed an enterprise bank in Europe, he said.

“If you told me before COVID we could get a bank like that to buy from us totally remote like this, I would not have believed you. And it shows you how attitudes have changed, how the IPO has helped us,” Naudé said.

And as the world has shifted to this environment of doing things remotely, much of what nCino is doing as far as in the workplace, interactions with other banks, sales and other business has also gone virtual.

The firm is allowing very limited travel and has limits to the number of employees at its Wilmington headquarters.

The firm of more than 650 people in the Wilmington area has developed its own philosophy of managing and dealing with the constraints of employees working remotely during the COVID-19 pandemic, much of it based on understanding and trust, he said.

"And here's the amazing thing, that I always feel how people operate, we did not drop any productivity. We did not feel any lag, whether its sales, productivity in projects, or even software development, which to me was just an amazing experience in itself," Naudé said.

The firm already had the technology in place, because of its global operations, to operate in such a way. Naudé also noted the tremendous feat it was to launch its IPO in this virtual setting.

The pandemic has solidified even more its cloud-based banking technologies as many move to more virtualized operations, he said.

"I believe from day one that the whole world was going to move to this virtual online world where I do everything on my phone or a tablet or a browser. And if you look at that vision and how we expanded, and then COVID came, and then all the sudden ... now the bank's customers have moved to the literal adoption of all these channels," Naudé said.

When the government announced the Paycheck Protection Program at the start of the crisis, nCino, because of its experience in SBA lending, knew in the beginning what that program might look like, with some minor adjustments.

nCino started to deploy the system in "record time," Naudé said. "Projects that normally would take 12 to 14 months to deploy, we literally did in two weeks ... our banks in the end funded more than $50 billion dollars into small businesses."

"And as we saw the effect of the economy turning and being shut down, quite frankly as a business leader my biggest concern was for your local small businesses, like restaurants etc., that really was affected by this," Naudé said. "And the fact that we could be at that much [money] so quickly through these channels to them to me was a testimony of the power of the cloud and if we all pull together, how you can do it."

Naudé said he sees the crisis overall accelerating the era of digital transformation in the banking setting, because consumer behavior has adapted and changed, and "will expect an experience that matches best in class."

Locally, the firm has had an impact on the economy hiring more than 200 people in Wilmington this year, out of 10,000 applications. nCino's average salary, he said, is about $100,000.

The firm also plans to continue that impact by keeping momentum going for the overall fintech setting in the Cape Fear region. "We plan to keep on expanding in Wilmington," Naudé said.

But one of the ways, Naudé said, that the area could further develop its fintech cluster and draw in talent, is to lay the pathway for 5G infrastructure.

"The biggest opportunity for this city is the adoption of 5G ... and if you look at technology people, they are attracted by the infrastructure of the future. So they don't want to be hampered by slow demand, low bandwidth, etc.

"The sooner we can change regulations to allow 5G antennas to go on every building in town ... and if you do that along with the nCino and Live Oak initiatives in this town, it will attract more technicians and technical people, programmers and developers. And if you can base a knowledge company here, which like nCino, the average income is much higher, you will have a tremendous growth industry here."

To view the entire discussion with nCino's leader, see below.

The Greater Wilmington Business Journal will kick off day two of its BizExpo on Thursday morning with keynotes by U.S. Senator Thom Tillis and challenger Cal Cunningham, two candidates in the North Carolina race for U.S. Senate.