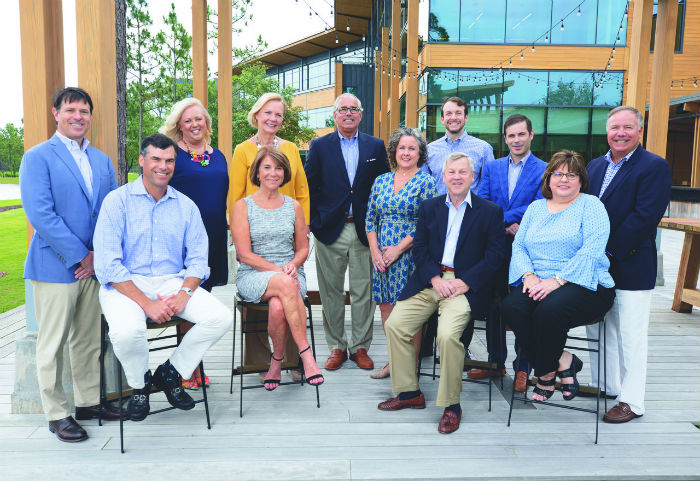 After acquiring Rocky Mount-based Jolley Asset Management earlier this year, Live Oak Private Wealth now has about $440 million in assets under management and a combined team of 12 people, according to a news release.

Jolley Asset Management, which serves clients in Eastern North Carolina, was founded more than 20 years ago and is led by President and Chief Investment Officer Frank Jolley.

The firm, which consists of Jolley, Stephen Bishop, Bill Collier, Jan Robillard and Terry Sapp, is now known as Jolley Asset Management – A Live Oak Private Wealth Business and continues to operate from its offices in Rocky Mount.

“We are proud to partner with Frank and his team to bring together some of the top talent in North Carolina under the Live Oak umbrella,” Basinger, managing director of Live Oak Private Wealth, said in the release. “Our combined expertise, unmatched service and track records of success are complementary, and together we will be able to grow and expand services to our clients.”

Basinger added Friday that the acquisition was aligned with Live Oak Private Wealth’s long-term vision, but this move happened sooner than expected because Jolley Asset Management seemed such a good fit.

“Frank and our team mesh so well,” he said, adding that the two entities are very similar in their cultures and philosophies. “His investment style speaks for itself and is a complement to ours.”

Any future expansions will be based on the same criteria, Basinger said, emphasizing that Live Oak Private Wealth is not actively seeking other partners nor following any particular timeline. In considering other acquisitions, it would look only at firms in states contiguous to North Carolina, he added.

Launched in September 2018, SEC-registered investment adviser Live Oak Private Wealth roughly doubled its assets under management as a result of the Jolley acquisition, according to Basinger. He said the Live Oak firm’s growth prior to the transaction was ahead of plan, and that it had hit all its benchmarks thus far.

Calling for diversity in financial services