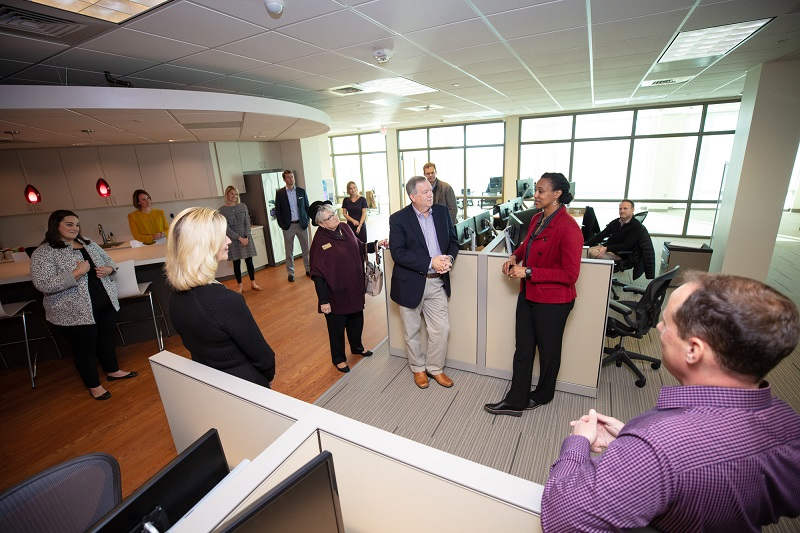 While the Wilmington-based bank is adhering to its no-branches business model, earlier this month it hosted a grand opening for its satellite office on the N.C. State University Centennial Campus in Raleigh (at left). The new location houses Live Oak Labs, Live Oak’s technology unit, as well as some corporate offices.

“Live Oak Labs  . . . supports and runs all the software that runs the bank and creates new software and offerings for our clients [to enhance] their banking with Live Oak,” said Brian Lora, the Live Oak Bank's chief technology officer.

The software that Live Oak Labs employees develop and refine supports the bank’s growing deposits side, Lora said. For Live Oak’s lending functions it still uses the current version of the loan origination software it built in the bank’s early days. In 2012, Live Oak Bank spun off that software development into a new company, nCino, which is a separate entity and which continues to expand its Bank Operating System.

It made sense to open a location in Raleigh, Lora said. One reason is the amount of tech talent in the Triangle area and the opportunity to raise Live Oak’s visibility there.

“We’re trying to raise awareness and hire talent there,” he said, adding that some employees who begin their Live Oak career at the labs may migrate to the coast.

“Two people that we hired in Raleigh are now moving to Wilmington,” he said. “We are a rapidly growing business, and need more tech talent. We continue to recruit within Wilmington and hire tech talent here, but we need more longer-term talent to sustain our growth.”

Another reason to sink roots in Raleigh is the opportunity to partner with N.C. State, according to Live Oak spokeswoman Madison Carlos.

“That partnership is definitely a big part of this,” she said.

And having a presence on the Centennial Campus – the first bank to locate there – enables Live Oak Labs to become active in the Raleigh tech community, as it already is in Wilmington.

“We’ve hosted a lot of different events, such as a hackathon in Wilmington, and we’ve done a lot of work with N.C. State on hackathons, design programs and internships,” Lora said.