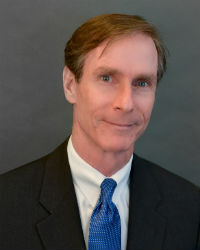 Spence Broadhurst has been named the bank’s region president for the Eastern North Carolina Region, after serving in a similar capacity for FNB’s Piedmont Region the past several months from his office in Greensboro.

NewBridge merged with Yadkin Bank in March 2016. A year later, Yadkin merged with Pittsburgh, Pennsylvania-based FNB. Broadhurst was chief banking officer with NewBridge and made the transition to Yadkin and then to FNB.

Despite his years in Greensboro, the banker said his “heart and soul” remained in Wilmington, and he is happy about the opportunity to return in his new role.

“I’m so impressed with FNB,” he said in a telephone interview Wednesday. “One of the great characteristics of the bank is its local, decentralized decision-making. That pertains to decisions as to where we invest our money in the community as well as to decisions for clients.”

Broadhurst was elected Wilmington’s mayor in 2003 and was well into his second term when he resigned in July 2006 because of his relocation to Greensboro. He is credited with helping convince PPD to move its headquarters downtown, and for focusing city leaders on building a convention center.

“I am proud of the role I played in the convention center,” he said, adding that his relationship with PPD founder Fred Eshelman was helpful in luring the CRO to the north riverfront area of downtown, a critical event for downtown Wilmington’s economic development.

“We stayed focused on the economy and jobs,” he said of his leadership at the time.

Boosting the economy and creating jobs in eastern North Carolina will continue to be high on Broadhurst’s priority list.

“It ties back into banking. If our clients prosper, we prosper,” he said. “This bank grew up one community at a time, and we’ve got a great team with FNB in eastern North Carolina in 25-plus offices across 15 counties.”

While he did not say just what his community involvements might be after he settles into his new position in Wilmington, he reaffirmed his focus on creating jobs and economic opportunities for the region. And he noted that one of FNB’s foundational principles is community service.