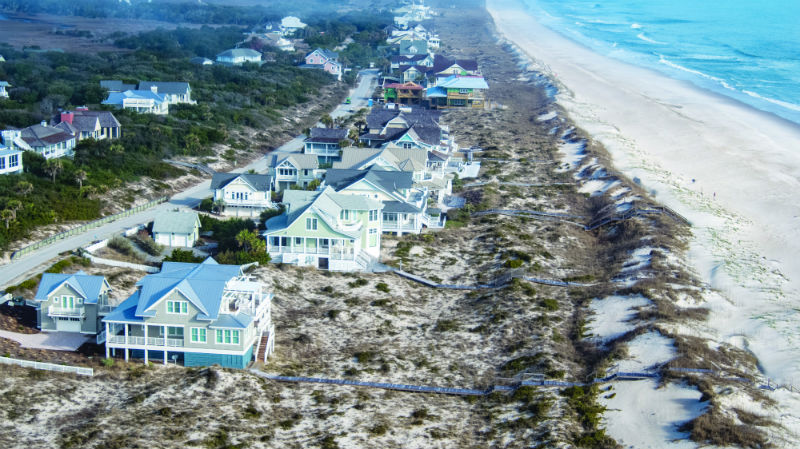 Aerial of Bald Head Island in early 2018, before Hurricane Florence made landfall September 2018. (File photo)
The state and FEMA have approved $2.9 million to reimburse expenses used for storm-related damage at Bald Heald Island's beaches, according to a Tuesday news release.

The funds will reimburse the replacement of beach sand for the village of Bald Head Island, including plans to replenish the beach with more than 215,000 cubic yards of sand, according to the release.

More than $109 million has been approved to restore North Carolina beaches, according to FEMA.

Through the cost-sharing program, FEMA reimburses applicants at least 75% of eligible costs, and the remaining 25% is covered by the state.

“FEMA’s share for the latest Bald Head Island project is more than $2.1 million and the state’s share is more than $730,000,” the release stated.

Last month, FEMA and North Carolina approved nearly $19 million in reimbursements for the city of Wilmington and Holden Beach also to be used for storm-related work.

This version includes an update from an amended news release sent by FEMA after the article was published.