At Mayfaire, Store Moves In To Former Bevello Space 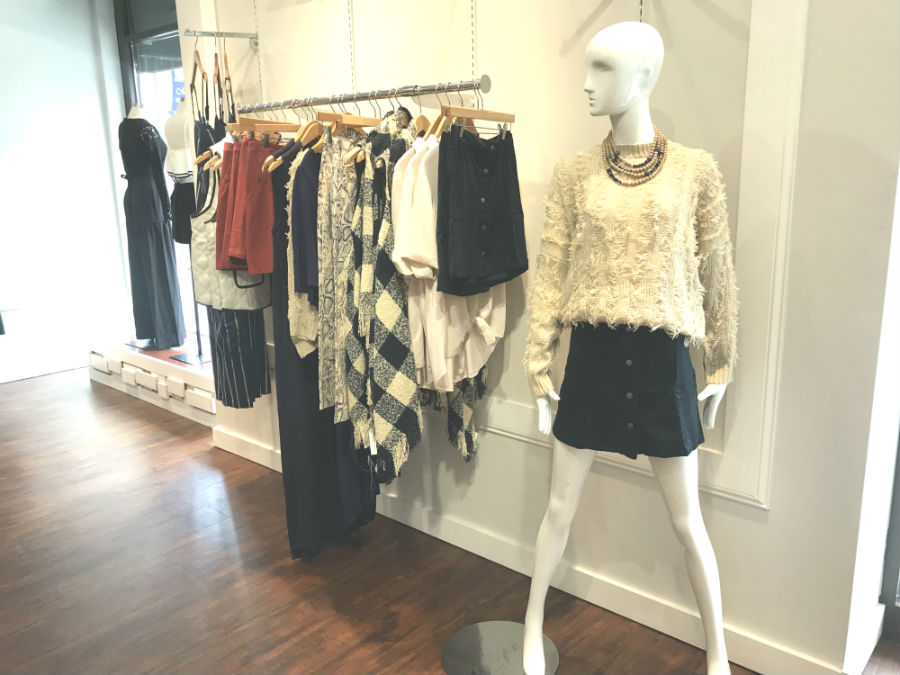 Paisley has opened in the spot formerly occupied by bevello on Main Street at Mayfaire Town Center in Wilmington. (Photo by Cece Nunn)
Paisley, a clothing, shoes and accessories store for women, opened Saturday at 6837 Main St., formerly occupied by a different clothing store, bevello.

The previous tenant closed all of its stores, including the Mayfaire Town Center location, in August.

Paisley owner Lauren King said she also has a store at Crabtree Valley mall in Raleigh and had been working on a Mayfaire store for a while when the bevello space became available.

She's also had pop-up shops in various places, including Durham and Atlantic Beach.

"In retail, most of our business is at Christmas," King said. "So I like to do popups here and there."

Her Wilmington location is temporary for now, until January.

After that, Palm Garden will use the store while its space across Main Street is being renovated

"If we do good [through January] my plan is to stay once they get done renovating [Palm Garden]," King said.

She said she anticipates hosting a grand opening at the new store sometime soon.

These days, Mayfaire, including Mayfaire Town Center and Mayfaire Community Center, is gearing up for the holidays, with Santa on the way and Dewey's Bakery.

According to a Mayfaire announcement, Covenant Moravian Church is hosting Dewey’s Bakery inside Santa’s Workshop Nov. 22 thru Dec. 24.