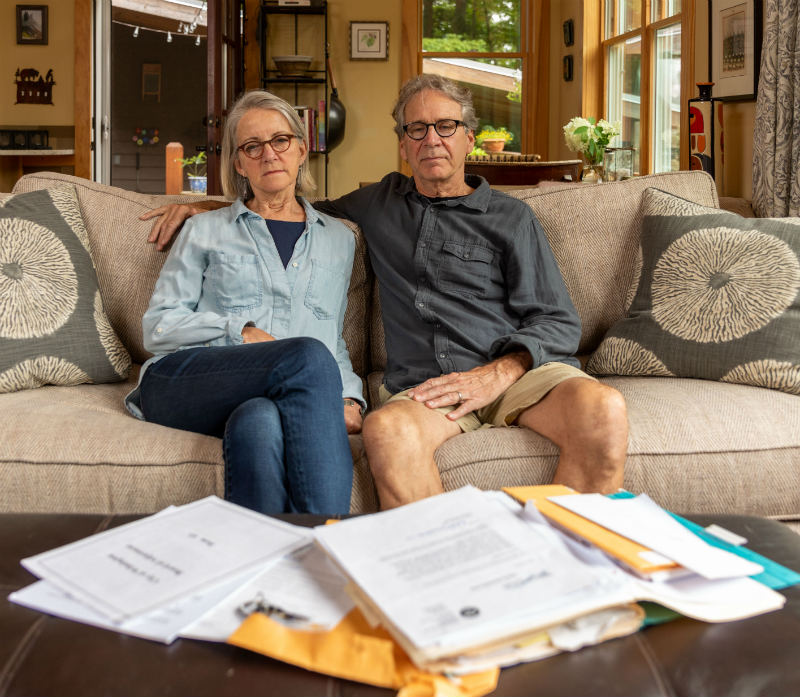 Peg and David Schroeder own a townhome near Wrightsville Beach that they rent out to parents of UNCW students and other vacationers. They filed a lawsuit last year against the city of Wilmington's short-term rental rules. (Photo courtesy of the Institute f

Vacation rental owners are waiting to see what city of Wilmington officials do next after a judge issued a stay on a ruling repealing the city's short-term rental code.

Wilmington short-term rental owners Peg and David Schroeder filed the lawsuit in October last year challenging the code, including its 2% overall cap on vacation-rental properties and requirement of a 400-foot separation between vacation rentals.

"My hope is that the city will come together as a unit and use this stay to come up with a fair and equitable solution to fix this mess they have created," said David Schroeder to other rental owners in a Facebook group. "I am quite saddened that the judge awarded the stay and that the city can continue to break the law. "

The Schroeders plan to continue the fight.

Peg Schroeder said Friday, "It is terribly unfortunate for all of the people who were so relieved to learn on Wednesday they could again resume earning income from their short-term rentals only to learn a day later that they had again been deprived of that right.

"We are hopeful that the city will use this time efficiently to restore citizens’ rights. If not, we will not give up."

In a statement announcing that the judge had granted the city's motion for a stay, which is effective until the appellate process is complete, city officials said, "In the meantime, the City will continue to accept registration applications for homestays and whole house rentals in the same manner that  . . . it has since the ordinance was initially adopted."

City officials did not say whether an appeal will be filed.

"As noted in the City’s previous statement, the City Council, in consultation with the City Attorney’s office, will review the Judge’s ruling and consider an appropriate way forward," according to the statement. "Staff will request Council enter into a closed session to discuss the ongoing litigation as early as October 5."

Ari Bargil, attorney with the Institute for Justice who represented the Schroeders in the case, said it's not uncommon for judges to enter stays while a municipality "gets its administrative act together."

He said it does mean property owners will have to wait a bit longer to take advantage of the court's ruling.

"This was a very straightforward case," Bargil said Friday morning. "I think that the ordinance that the city passed was plainly illegal at the time that they passed it. It almost dared somebody to sue them. And they did get sued and they lost. And so they'll have to decide now whether or not they want to continue this fight, or whether they'll just allow people to exercise their property rights as the . . . General Assembly in North Carolina clearly intended."