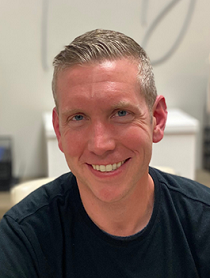 Prater joins the agency as director of business operations. He brings more than 15 years of experience to his role with the agency, stated the release.

“It goes without saying that we are thrilled to be able to add a leader of Rusty’s caliber to Eagle Eye Marketing during a great time of growth and expansion,” said Jennifer Bloech, the agency's co-founder, in the release. “We’re in a very strategic growth phase of our agency. More and more, our cornerstone clients require a deeper level brand support and creation in all areas, and we are thrilled to be able to further strengthen our team.”

Prater previously served as an account planner for Spectrum Business, where "he led the sales team in message development and placement strategy," stated the release.

He has also held the role of accounts and billing manager with Colonial Marketing Group.

Prater is a graduate of The University of Toledo.