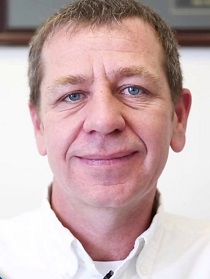 Dwayne Kincaid
Dwayne Kincaid, the owner of Benjamin Franklin Plumbing of Wilmington, has received the U.S. Department of Labor's HIRE Vets Gold Medallion Award, according to a news release.

Kincaid earned the annual award, which recognizes business owners who have made efforts to recruit, employ and retain veterans, for the second year in a row, stated the release.

The honor is "the only federal award that recognizes exceptional achievements in veteran employment," stated the release.

Kincaid served eight years in the Army as a sergeant of chemical recon.

He later transitioned his career in the plumbing industry and opened the Benjamin Franklin Plumbing location, which has served the Wilmington area for 10 years.

“As a proud veteran, being recognized with the HIRE Vets Gold Medallion award is really special to me. I’ve always had a desire to serve my country and have the upmost respect for the men and women that join the armed forces,” Kincaid said in the release. “Being able to provide a valuable career path for veterans post-service is one of the many reasons why I love being a business owner."

"The veteran technicians I’ve employed learn quickly, think strategically and are an absolute asset to our greater Benjamin Franklin team," he said. "Given my personal experience, veterans will always hold a special place in my heart and I’m proud to work alongside them every day.”