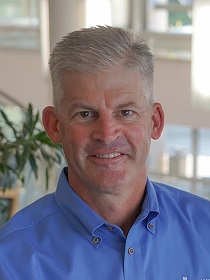 Brown replaces outgoing president Palmer Edwards and is the 167th president of the N.C. Medical Society (NCMS), stated the release.

His vision for NCMS in the coming years is to bring the state "into the top 10 in the country in overall health rankings by the year 2030," officials said.

“The health of North Carolina is terrible. We’re ranked 36 out of 50 states,” Brown said in the release. “You have to ask why. What has put us in such an unenviable position? I start with myself. Even though we do some great things in the NCMS, I’m the 160th white guy to be president. We’re an exclusionary society. What’s been the cost of that exclusion? We’ve lost all kinds of expertise and perspectives for our society. We can move forward and become an inclusive medical society. We can change the future."

Brown is a vascular surgeon and has served as the chief physician executive and executive vice president at New Hanover Regional Medical Center in Wilmington since 2016. He has been a member of NCMS since 1991.

Brown has served on the NCMS Board of Directors since 2015 and the NCMS Foundation Board of Trustees since 2019, stated the release. He is also a former president of the New Hanover-Pender County Medical Society.

Brown received his medical degree from the East Carolina University Brody School of Medicine. He completed his residency at Pitt Memorial Hospital in Greenville and a fellowship at The Johns Hopkins Hospital.