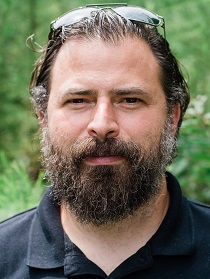 Schachtman joined WHQR on Oct. 15 as managing editor, a newly created position for the nonprofit, officials said in the release.

“This was an opportunity to bring aboard the investigative skills of one of the top reporters in the market, and to showcase those talents on-air, on-line and on social media. News in a public media environment now means being present on multiple platforms," WHQR Station Manager Kurt Wilson said in the release.

“I’ve been lucky enough to collaborate with the WHQR team in the past and I’m looking forward to joining the newsroom as Managing Editor. Public media has never been more important, so I’m honored and excited to help lead this next chapter for WHQR," Schachtman said in the release.