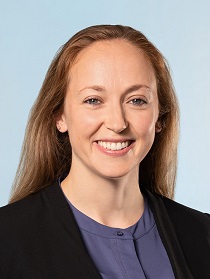 Kelly Esposito
EmergeOrtho has welcomed Kelly R. Esposito to its team, according to a news release.

Esposito is a fellowship-trained hand, upper extremity and microvascular surgeon, officials said. She is practicing at EmergeOrtho's Wilmington, Leland and Shallotte locations.

“Dr. Esposito is highly accomplished and specialty trained, and we are delighted to welcome her to our team,” Stephen DeBiasi, CEO of EmergeOrtho, said in the release.

“Because she grew up in Wilmington, she brings a local perspective and understanding of our community," he said. "She also has a unique combination of educational qualifications, having earned degrees in both medicine and business with a healthcare concentration. She is a valuable addition to our staff.”

Esposito has received many honors and awards, and published several articles and conducted research on both the business and patient care sides of medicine, including a study in patient goal achievement at the Spine Center at Dartmouth, stated the release.

Esposito completed her fellowship in hand and upper extremity surgery at Columbia University Irving Medical Center, and a general and orthopedic surgery internship and residency at Dartmouth-Hitchcock Medical Center.

She is also proficient in Spanish and served as a Spanish interpreter at a seasonal clinic while in medical school.

She earned a medical degree and MBA at the University of North Carolina at Chapel Hill, where she also completed her bachelor's degree.