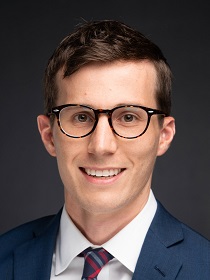 John Lohse
Pathfinder Wealth Consulting has hired John Lohse, who joins the team as a portfolio analyst, according to a news release.

Lohse's role will focus on the firm's investment process, officials said in the release.

Lohse is a CFA charter holder, a credential in the investment management industry, stated the release. He is also a member of the New York CFA society.

Lohse is a graduate of the Unversity of North Carolina Wilmington, where he earned a bachelor's degree in 2011.