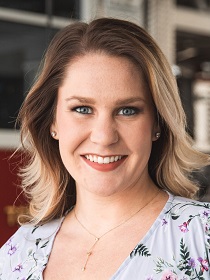 Thurston previously served Greenville Fire/Rescue, where she worked for the past four years as its public information officer and fire and life safety educator, stated the release. She was also a co-host for a morning radio show.

"We are thrilled that a professional like Ms. Thurston has decided to further her career as a member of the Wilmington Fire Department family," Wilmington Fire Chief Buddy Martinette said in the release. "Her education and public relations/marketing skill set is a perfect match for our department as we work to further enhance our prevention and education outreach while also keeping the media well informed regarding department matters.”

Thurston graduated with a bachelor’s degree from North Central College in Illinois.