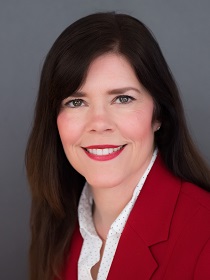 Sabrina Sells
The first female chair has been elected to the Wilmington Business Development Board of Directors, according to a news release.

“I am fully aware of the responsibilities and the importance as the Chair of this incredible organization," Sells said in the release. "My appreciation for what WBD does for our region is immeasurable and I am elated to continue to serve with such a dedicated and professional team."

Mojotone CEO Michael McWhorter and CastleBranch CFO Lauren Henderson, both current board members, will each serve a second three-year term on the board, officials said.

Jack Barto, former New Hanover Regional Medical Center president and CEO, and Bill Cherry, the former owner of Air Wilmington, have served out their terms and are rotating off the board.

Barto and Cherry had each completed two three-year terms of service on the board. Cherry served on the WBD executive committee for six years, and was the previous chair of the board, a role he held for two years.

“My years of board service with WBD have been immensely fulfilling," Cherry said in the release. "I have been privileged to witness first-hand the incredible work that WBD performs on a daily basis. Moving forward, this organization is in great hands and I am confident that it will continue to lead our region with laser focus and relentless work ethic.'

Satterfield commended Cherry for his leadership. “It is not possible to overstate the benefit to WBD of Mr. Cherry’s time, resources and leadership,” Satterfield said in the release.

Filling the two vacant positions will be Wilma Daniels, founder and CEO of Daniels Development LLC, and Jeff Rooks, of Rooks Farm Service in Burgaw. The two will serve three-year terms on the board.

A complete WBD board member list for this fiscal year can be found here.