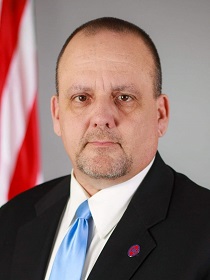 James Chestnut
James Chestnut has joined the Small Business Technology and Development Center at the University of North Carolina Wilmington, according to a news release.

In his role, he will provide provides free and confidential assistance to small businesses to help them sell products and services to local, state and federal governments, stated the release.

"Prior to the OIG, James worked as the Chief of the Scientific Support Branch (Acquisitions) for the U.S. Food and Drug Administration. He also served as a Contracting Officer for the Federal Emergency Management Agency (FEMA), Naval Medical Logistics Command, and the National Cancer Institute," officials said. "After leaving Federal service and before joining the PTAC team he worked as a contracted Senior Contract Analyst for the Defense Health Agency."

Chestnut has a master's degree from the University of Maryland University College.

"As an Adjunct Assistant Professor for UMUC, he taught Introduction to Federal Contracting in their undergraduate program," stated the release.

He is a retired commissioned officer (major) with 20 years of service with the N.C. Army National Guard in both an active and reserve capacity, officials said.