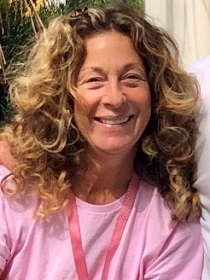 Stephanie Meyers
A new board member has been elected to the Friends of Public Radio Inc. Board of Directors, according to a news release.

Stephanie Meyers was elected at the board meeting in late June. She is a founding member Humanity-Now: Direct Refugee Relief, a nonprofit that focuses on the needs of refugees in Greece, and a former WHQR board member, officials said in the release.

Rob Zapple, a New Hanover County commissioner, retired from the board.