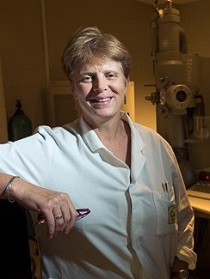 "The title is awarded in recognition of distinguished and long-term contributions to marine biology at the highest level, in areas that include research, education, outreach, or professional and public service," stated the release.

Marine Biological Association is based at the marine research laboratory in Plymouth, United Kingdom and is a professional body for marine scientists with about 1,600 members worldwide, according to the release

Taylor services as the director of the University of North Carolina Wilmington Dillaman Microscopy Laboratory, which supports many research and applied learning projects, stated the release.

She also serves as a mentor for post-graduate students in the UNCW Marine Biology doctorate program.

“This is an impressive honor in recognition of Dr. Taylor’s sustained outstanding marine biological research, teaching, service, and overall contributions to the discipline,” said Stuart Borrett, UNCW's associate provost for research and innovation, said in the release.