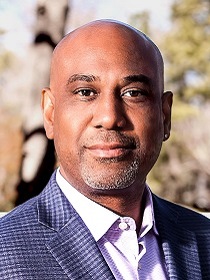 NAIOP Inc. has selected Ayize Glenn Gray as a recipient of its annual diversity student scholarship, according to a news release.

Gray,  a commercial broker with Wilmington-based Coldwell Banker Commercial Sun Coast Partners, is a graduate student in the Masters of Real Estate Development program at Auburn University and a member of NAIOP Alabama, stated the release.

He was selected as one of four recipients to receive a scholarship through the program, which supports students pursuing a graduate degree in commercial real estate.

NAIOP stated in its release that it awarded the $5,000 graduate student scholarships to the four individuals, who are from demographics that are traditionally underrepresented in commercial real estate and whose universities are part of the NAIOP University Membership program.

“We are pleased to support these outstanding individuals in their commercial real estate education through our annual diversity student scholarship program, and look forward to a bright future in the industry for each award recipient,” said Thomas Bisacquino, NAIOP president and CEO, in the release. “By investing in the next generation of industry leaders and advancing diversity in commercial real estate, NAIOP is working to broaden and enrich the talent pool for our industry."