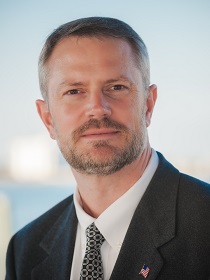 Neal Andrew
Gov. Roy Cooper has reappointed Neal Andrew, president of Andrew Consulting Engineers, to serve as a member of the N.C. Coastal Resources Commission, according to a news release.

Andrew was appointed last year to a four-year term through June 2023, officials said. He previously served on the N.C. Coastal Resources Commission from 2013 through 2018.

“The commission, or CRC, is responsible for preparing and adopting rules that govern development in the state’s 20 coastal counties,” stated the release.

The CRC consists of 13 members appointed by the governor, speaker of the House, and the Senate president pro tempore. Andrew, a professional structural engineer, fills one of two seats requiring experience in engineering or a marine-related science, stated the release.

The firm’s notable projects include the Wilmington Riverwalk, Wilson Center at Cape Fear Community College and the cofferdam and State Employees Credit Union Memorial Walkway at the Battleship North Carolina.

The firm was recently honored with two statewide awards, recognizing the firm for its work on the new cofferdam and walkway that surrounds the World War II battleship, according to a separate news release from the firm.

Andrew is an active member of several professional associations and has served on several state and local boards and commissions.