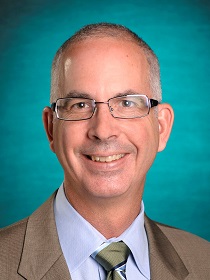 ​Stephen Meinhold
​Stephen Meinhold, professor of political science at the University of North Carolina Wilmington, has been named to the College Board's national Academic Assembly, according to a news release.

The Academic Assembly works to expand academic standards and standards for curriculum and instruction, stated the release.

The College Board is a nonprofit organization founded in 1900 to expand access to higher education, stated the release. The membership association is made up of over 6,000 educational institutions.

"Each year, the College Board helps more than seven million students prepare for a successful transition to college through programs and services in college readiness and college success — including the SAT and the Advanced Placement Program," officials said in the release. "The organization also serves the education community through research and advocacy on behalf of students, educators and schools."

Meinhold is completing a term as the faculty consultant responsible for the U.S. Government and Politics Advanced Placement Exam scoring, overseeing scoring for 1.2 million student responses annually, officials said in the release.