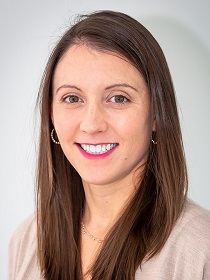 Parsley, a board-certified physician in obstetrics and gynecology, was most recently affiliated with Tidewater Physicians for Women in Virginia Beach, according to a news release.

Parsley earned her bachelor's degree in mathematics and her medical degree from the University of Tennessee.

She completed her obstetrics and gynecology residency at Eastern Virginia Medical Center, where she was the administrative chief resident, stated the release.