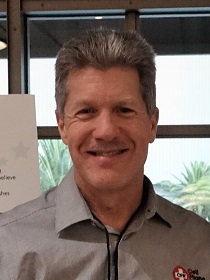 Rob Fischer
CPR Cell Phone Repair's Rob Fischer has earned the franchise's Owner of the Year Award, according to a news release.

Fischer, who owns CPR Cell Phone Repair locations in Wilmington and Jacksonville, received the award at the franchise's annual conference in Las Vegas.

"The award was given for commitment and diligence throughout the year, dedication to the CPR organization, and for achieving exceptional results and customer service," stated the release.