CFCC Announces Board Of Trustees Appointment 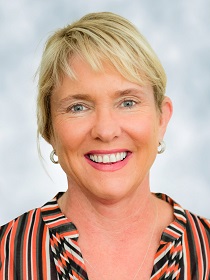 Paula Sewell
Paula Sewell has been appointed by Gov. Roy Cooper to the Cape Fear Community College Board of Trustees, according to a news release.

Sewell has served on CFCC’s Foundation Board since 2017, officials said in the release. She has also served in various volunteer leadership roles, including on the board of the Historic Wilmington Foundation, the Edenton Historical Commission and Lower Cape Fear Hospice.

She is a former educator and has owned many small businesses in the Wilmington area, stated the release.Sewell has a bachelor’s degree from Meredith College and a patients navigator certification from Georgetown University.