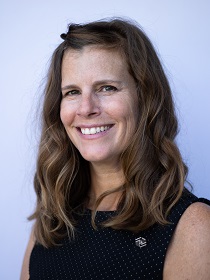 Angie Hill
Brigade Boys & Girls Club has announced Angie Hill as its new CEO, according to a news release.

Hill began her role in August and succeeds previous CEO Rick Sears, who retired after a two-year tenure leading the organization, officials said.

Hill is the first-ever internal candidate promoted to serve in this capacity and the organization’s first female CEO, according to the release.

"I am delighted to see a carefully executed succession plan come to fruition. Angie represents everything that the Boys & Girls Club is about … she is compassionate, driven, community-minded … I can’t imagine a more capable individual to lead Brigade into the next decade," Sears said in the release.

​Hill has held several previous leadership positions at the club in resource development, grants management, programming, operations and staff training during her 10-year tenure with the organization, stated the release.

Brigade Boys & Girls Club serves more than 2,200 children, from kindergarteners to high school seniors, through afterschool and summer programming, and has 11 locations in its tri-county network, stated the release.

Hill is a business and accounting graduate of the University of North Carolina Wilmington. Hill previously spent more than 10 years in the clinical trial industry.