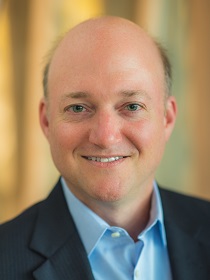 Randall Johnson
Randall Johnson has been elected vice president of N.C. Economic Development Association for 2019-2020, according to a news release.

Members of the association elected Johnson, executive director of the N.C. Biotechnology Center’s southeastern regional office, by unanimous vote at its annual meeting in June. He joined the NCEDA’s board of directors in 2013, officials said in the release.

“Randall’s knowledge of the economic development process, especially as it relates to the businesses and jobs being spurred by emerging technologies, continue to serve NCEDA really well,” said Mark Pope, NCEDA’s immediate past president, said in the release. “In his years as an officer and director of the organization, he has distinguished himself as someone with vision and tactical sense, both of which add immense value across our mission.”