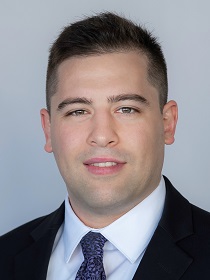 Levi Huston
Levi Huston has joined the Wilmington office of Cranfill Sumner & Hartzog LLP as an associate attorney, according to a news release.

Huston will focus his practice in the areas of civil and criminal litigation, officials said in the release.

He previously served as an associate attorney for law firms in Wilmington and Virginia.